MSNBC's Nicolle Wallace warns Kavanaugh's lies matter most: 'It's not about college drinking' -- it's that he lied 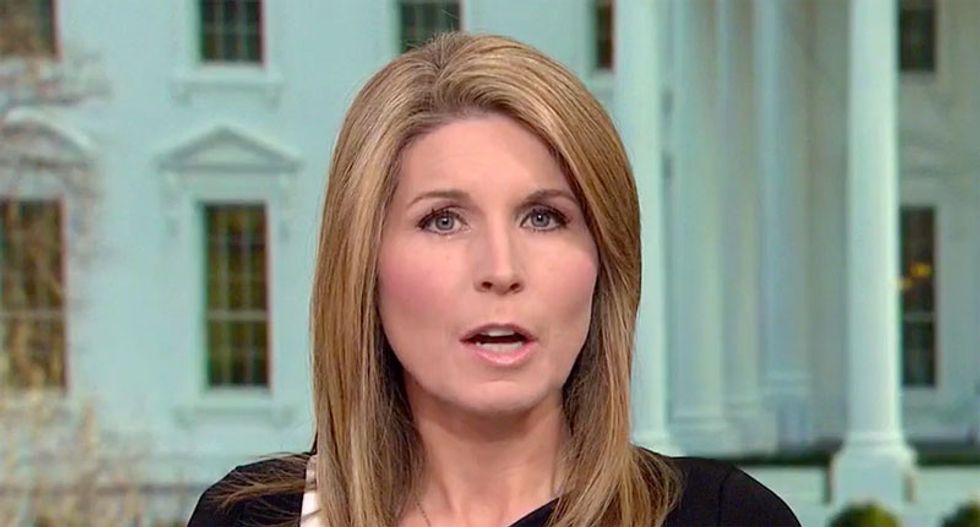 MSNBC's Nicolle Wallace on Monday noted that the content of Supreme Court nominee Brett Kavanaugh's untruthful statements matter much less than his lies themselves.

Earlier in the day, President Donald Trump opined about his nominee's drinking habits and noted that he was not "perfect" when it came to alcohol consumption.

Republican pundit Charlie Sykes pointed out that "inconsistencies" in Kavanaugh's testimony about his alleged sexual assault of Dr. Christine Blasey Ford are "troubling" — but not because of the drinking.

"I do think it's unlikely to be dispositive that he's lying about drinking in high school or which parties he went to," Sykes said. "Yes, it will raise questions about his credibility."

Nevertheless, the conservative said, it's unlikely that senators will find that "disqualifying" — a characterization Bloomberg Executive Editor Tim O'Brien refuted.

"I think the larger issue here is if the FBI investigation has been opened up, what has it been opened up to?" O'Brien asked. "This is a Pandora's box. Is it going to include issues like whether or not he was truthful about his drinking?"

Wallace agreed with him.

"Some of his supporters have said it's not fair for the media to go after a little bit of college drinking," the host said.

"It's not about college drinking," she continued. "Was he a blackout drunk, belligerent drunk, predatory drunk? That goes to his character and whether or not someone who is going to get a lifetime appointment to the Supreme Court has the emotional and intellectual discipline to hold that office."