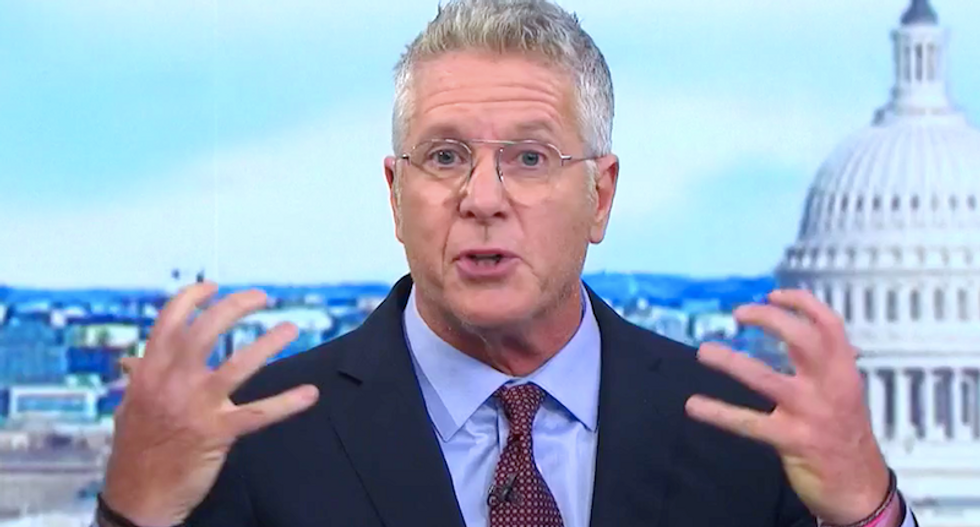 Panelists agreed Kavanaugh and Republican senators had demonstrated the anger on the right -- particularly among white, conservative men -- but Deutsch interjected to say they were missing the point.

"I'm going to lose my mind here, we're so concerned -- I found his behavior offensive," Deutsch said. "This is a potential Supreme Court justice. The way he cut off (Sen. Amy) Klobuchar."

"You want to be a justice, and Dick Durbin asked you a question -- would it basically be just for the FBI at this point, when we have two sides, just to find more truth?" he continued. "This man wants to decide the future women's bodies, the future of health care can't see (an FBI investigation) as just."

Deutsch said the stakes were too high not to finish a background check for Kavanaugh, but he said the nominee had already disqualified himself with his testimony.

"I saw him as obnoxious, belligerent -- there are a lot of men that are innocent who would not behave that way," he said. "We're just taking our eye off the ball. Is that a man in temperament, in attitude, that he had the audacity, that a witness would not behave the way he did when he went back at Klobuchar, that he had the audacity to not understand justice would be an FBI investigation."

Host Joe Scarborough asked if Deutch thought Kavanaugh was as angry at that hearing as he was during his rant.

"I'm not somebody who's going to be sitting on the Supreme Court," Deutsch said. "Thank god for this country."