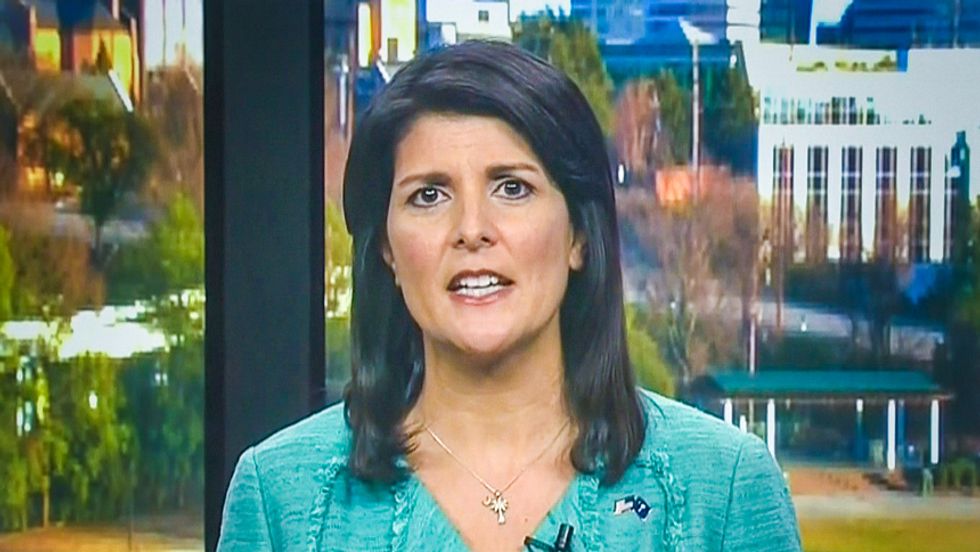 The surprise resignation by UN Ambassador Nikki Haley comes just days after a watchdog group called for an investigation into the former South Carolina governor over flights paid for by businessmen.

According to the HuffPost, Haley was the recipient of the largesse from private businessmen in 2017 who paid for multiple flights Haley took between New York, Washington D.C. and her home in South Carolina.

The report states the Haley listed the flights on her financial disclosure forms, which drew the attention of the Citizens for Responsibility and Ethics watchdog group in Washington.

In a statement, CREW said the $24,000 worth of flights should be investigated by the State Department’s inspector general.

“By accepting gifts of luxury private flights, Ambassador Haley seems to be falling in line with other Trump administration officials who are reaping personal benefits from their public positions,” Noah Bookbinder, executive director of the group, said in a statement. “Our ethics laws are clearly written to prevent even the appearance of corruption and improper influence.”

Haley has previously defended the expenditures -- which she valued at only $3,200 -- saying they were exempt from ethics regulations because of her personal relationship with the businessmen who paid for the gifts.