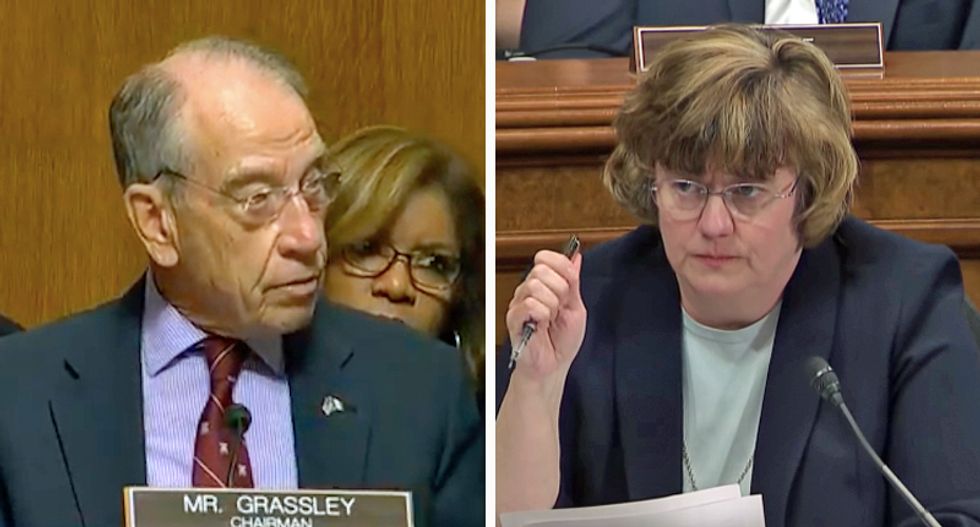 Maricopa County, Arizona prosecutor Rachel Mitchell was hired by Senate Republicans to question Ford, who has accused Supreme Court nominee Brett Kavanaugh of sexual assault and attempted rape when she was a 15-year-old high school student.

Republicans ended Mitchell's role when she began to question Kanaugh and began pointing out inconsistencies in his testimony.

The day after the hearing, Mitchell was reportedly in good spirits while celebrating with Grassley's staff.

"She was laughing and tossing back beers with Grassley's staff at Union Pub on Friday," Bassett tweeted on Monday. "She knows who she works for."

After having drinks with Grassley's staff, Mitchell sent Judiciary Republicans a five-page memo claiming a "reasonable prosecutor" would not pursue Ford's case.