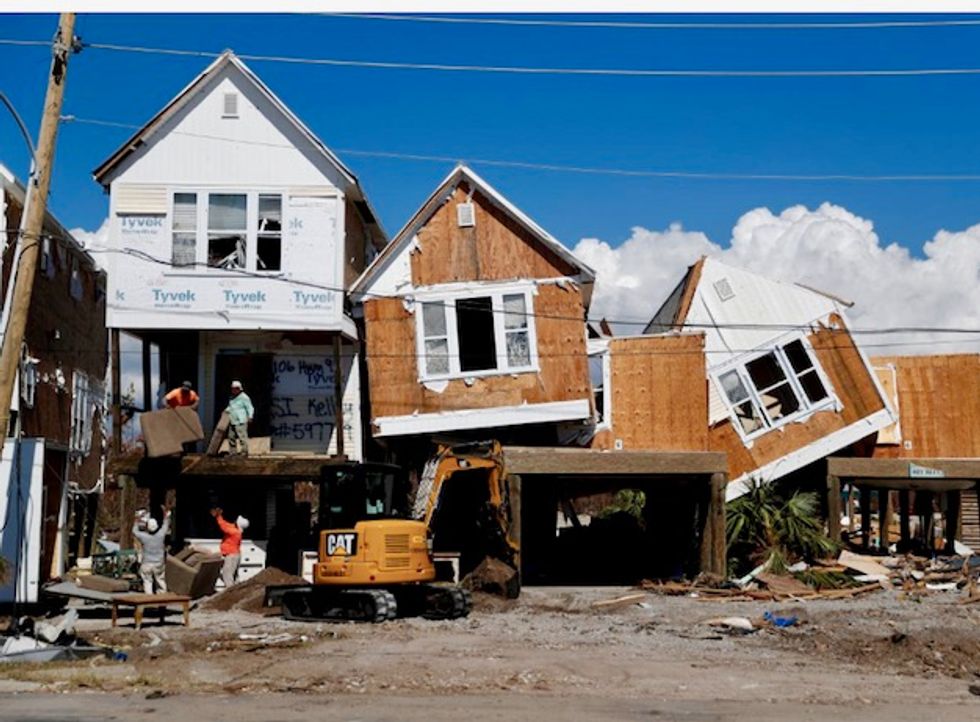 One of the great challenges of tackling climate change is making it real for people without a scientific background. That’s because the threat it poses can be so hard to see or feel.

In the wake of Hurricanes Florence and Michael, for example, one may be compelled to ask, “Was that climate change?” Many politicians and activists have indeed claimed that recent powerful storms are a result of climate change, yet it’s a tough sell.

What those who want to communicate climate risks need to do is rephrase the question around probabilities, not direct cause and effect. And for that, insurance is the proverbial “canary in the coal mine,” sensitive to the trends of climate change impacts and the costly risks they impose.

In other words, where scientists and educators have had limited success in convincing the public and politicians of the urgency of climate change, insurance companies may step into the breach. 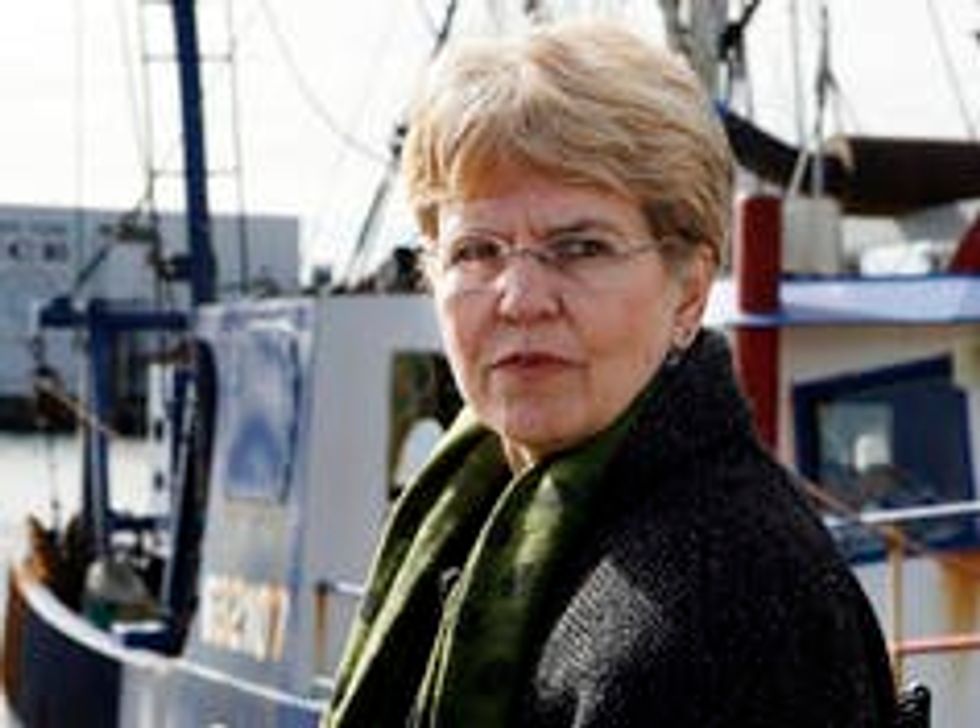 Dr. Jane Lubchenco, an environmental scientist who oversaw the National Oceanic and Atmospheric Administration from 2009 to 2013, offers a clever analogy to convince people of the connection between the destruction wrought by a single hurricane and climate change. It involves steroids and baseball.

Her analogy goes like this. If a baseball player takes steroids, it’s hard to connect one particular home run to his drug use. But if his total number of home runs and batting averages increase dramatically, the connection becomes apparent.

“In similar fashion, what we are seeing on Earth today is weather on steroids,” Lubchenco explains. “We are seeing more, longer lasting heat waves, more intense storms, more droughts and more floods. Those patterns are what we expect with climate change.”

And those weather patterns come with a cost.

Someone has to pay for these damages

In 2017, for example, Hurricanes Harvey, Irma and Maria and other natural disasters like Mexican earthquakes and California wildfires caused economic losses of US$330 billion, almost double the inflation-adjusted annual average of $170 billion over the prior 10 years.

Estimated costs from Hurricane Florence, which struck the Carolinas in September, range as high as $170 billion, which would make Florence the costliest storm ever to hit the U.S.

More broadly, total economic losses from wildfires in the U.S. in 2017 – the third-hottest year on record, behind 2016 and 2015 – were four times higher than the average of the preceding 16 years and losses from other severe storms were 60 percent higher.

Unfortunately, convincing politicians, business leaders and the public that these costs are the result of increased climate change risk hasn’t been easy, a challenge that has been a major focus of my work for almost 10 years.

In 2013, I helped convene a series of executive forums to introduce a wide range of business executives to the 30 petabytes – 30,000,000,000,000,000 bytes – of weather and climate data in the National Climatic Data Center’s possession.

While the hope was that they would see the value of such vast amounts of data in managing climate risk, we found limited interest, leaving us to wonder if we were too early and whether our target was too broad.

This led me and others to realize that we should be more focused on insurance companies, society’s first line of defense in absorbing these costs, making their industry arguably the one most directly affected by climate change. 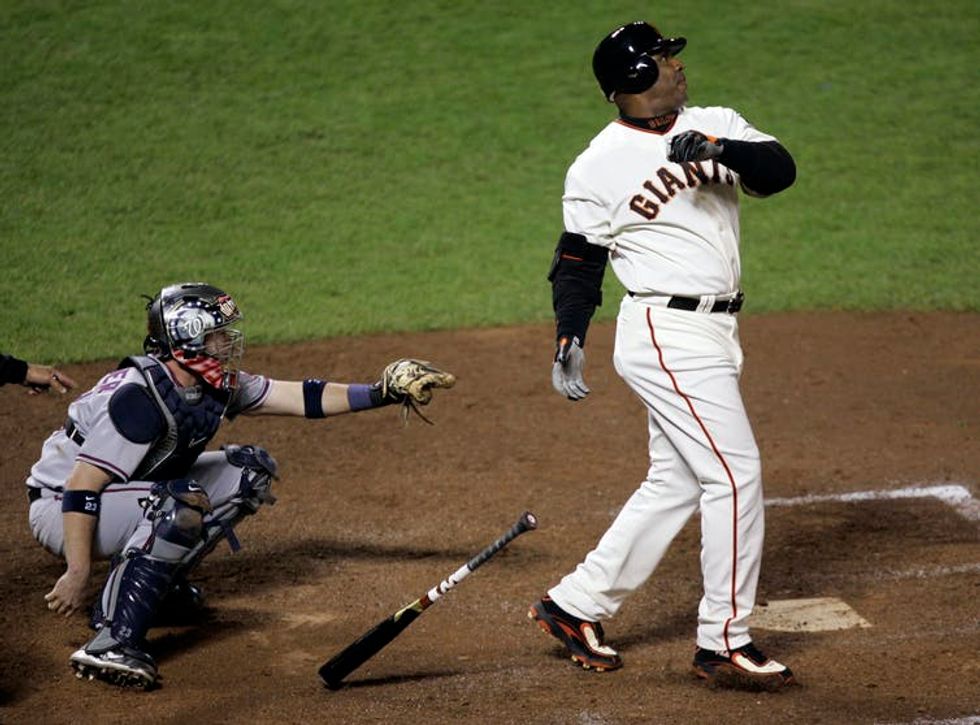 While it’s hard to attribute any single home run to Barry Bonds’ use of performance-enhancing drugs, his record 756 homers over the course of his career make it easier to establish a connection.

For example, the insurance industry paid out a record $135 billion from natural catastrophes in 2017, almost three times higher than the annual average of $49 billion. That’s not to mention the uninsured losses that were also incurred – uninsured losses from 2012’s Hurricane Sandy were 50 percent of the total $65 billion in losses, a staggering tab picked up by individual citizens and the taxpayer.

Insurers will eventually adjust to this emerging reality. And with it will come changes in our economy, including higher costs that will affect everyone’s pocketbook.

Our ability to drive a car, buy a house, build an office building, run a manufacturing plant and enter into contracts are all supported by insurance. Without it, a great deal of these activities would become more expensive or even stop.

And so, as the insurance sector adjusts to factor the growing risks of climate change in coverage and premiums, it will become a powerful lever for pushing society and the economy to become more resilient to the changes that climate change is expected to bring. 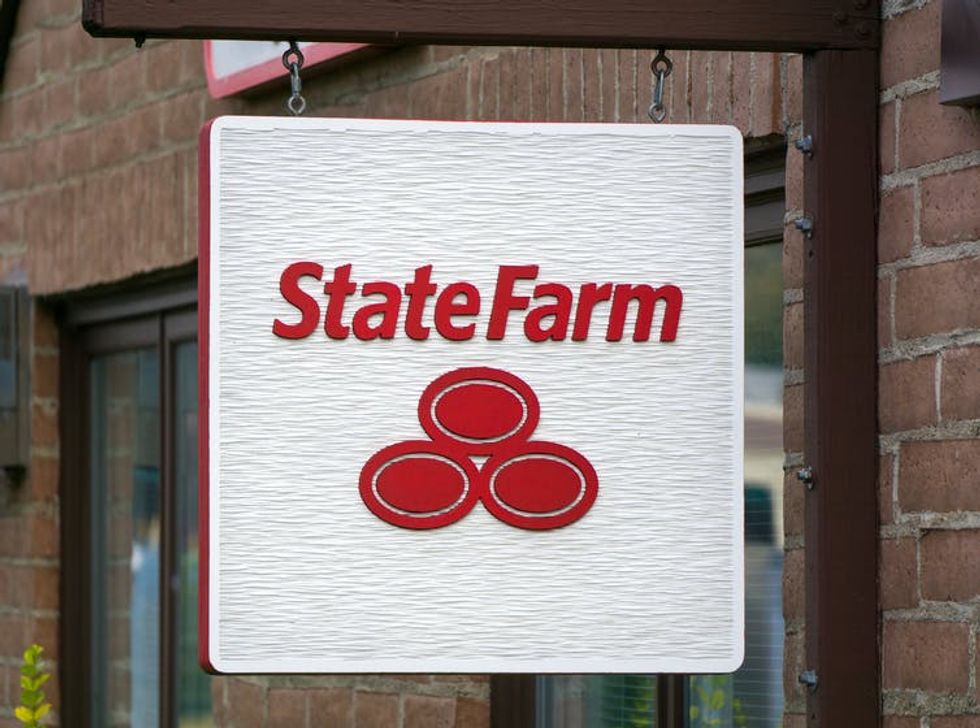 Traditional insurers like State Farm haven’t been studying the risks of climate change as much as reinsurance companies.

While reinsurance companies – which basically insure the insurers – have been studying increasing climate-related risks for decades, traditional insurance companies with familiar names like State Farm, Travelers and Liberty Mutual haven’t.

There are two primary reasons for this. The first is that they’ve been able to pass on the most catastrophic or uncertain risks to reinsurers and other investors. The second is that insurers are overconfident that they’ll be able to quickly adjust their policies on a year-to-year basis to manage climate risks. Hence a 2012 study found that only 12 percent of insurance companies had a comprehensive climate change strategy.

This is starting to change. A 2018 study found that 38 percent of insurance companies now consider climate change to be a core business issue, a figure that will likely continue to grow.

In August of this year, the International Association of Insurance Supervisors, a respected international standard-setting body for the insurance sector, published a report outlining climate risk a strategic threat for the insurance sector. It cautioned against relying on annual adjustments to manage climate risks as physical risks can change suddenly and in “non-linear ways.”

Recognizing this threat, many insurers are throwing out decades of outdated weather actuarial data and hiring teams of in-house climatologists, computer scientists and statisticians to redesign their risk models.

Ultimately they are examining if they need to change their coverage and raise their rates. This is where the impact will be felt, compelling citizens, businesses and governments to perk up and pay attention. 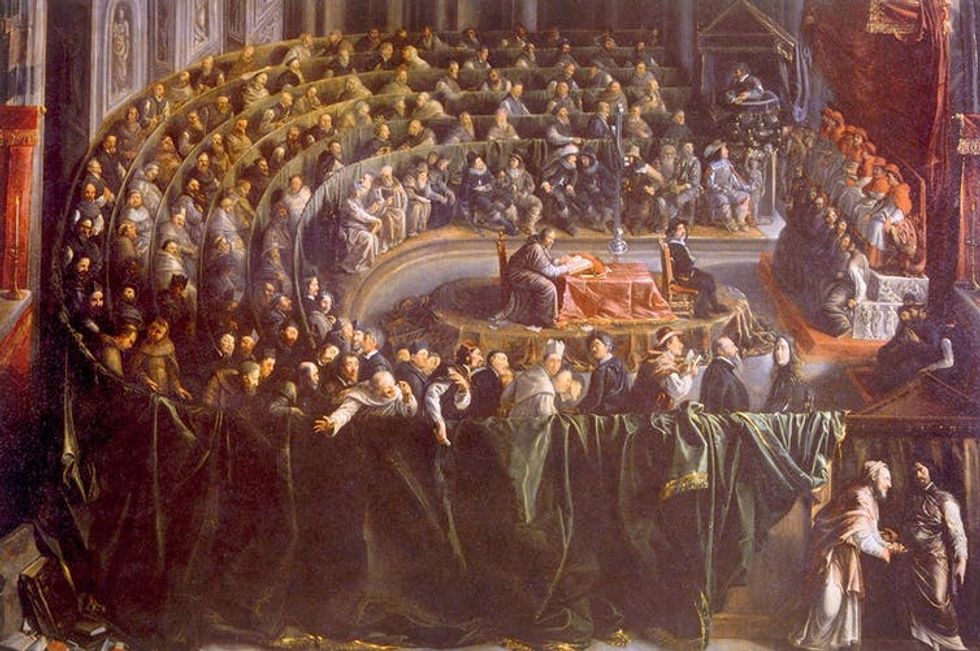 Galileo Galilei at his trial.

And yet it changes

When Galileo Galilei upset dominant beliefs in the 16th century by asserting that the Earth revolved around the sun and was forced to recant, he is purported to have replied “Eppur si muove,” meaning “and yet it moves.”

Today, although many dispute that the climate is changing, one might offer a similar retort: “And yet it changes.”

As humans persist in our emission of greenhouse gases, the climate continues to change, weather patterns become more unstable, damages due to hurricanes, wildfires, droughts and floods increase, and insurance payouts grow.

In response, insurances premiums will increase and coverage will decrease. With any luck, that will lead us to build more resiliently, curb our greenhouse gas emissions and ultimately see increased storm severity for what it is: a consequence of climate change.

Andrew J. Hoffman, Holcim (US) Professor at the Ross School of Business and School of Environment and Sustainability, University of Michigan