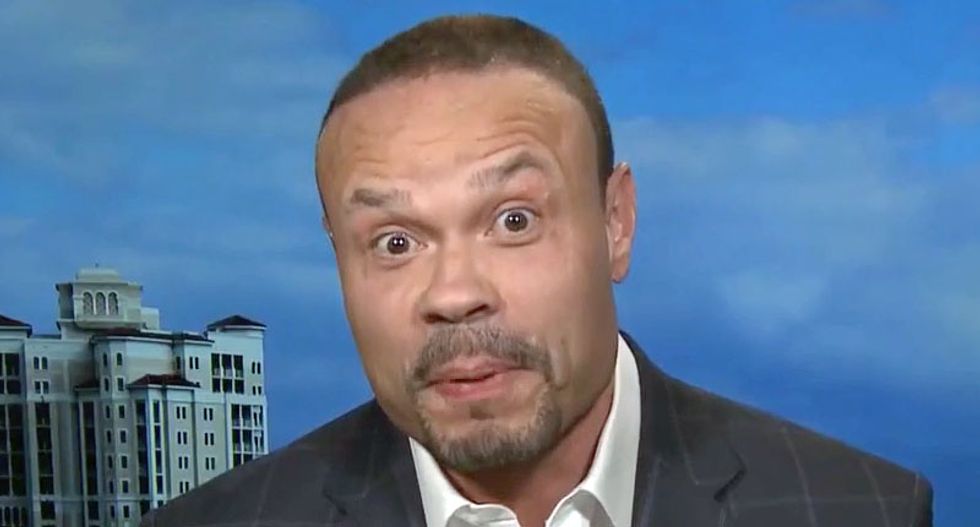 President Donald Trump is relying more and more on advice from a frequent Fox News guest rejected by voters in three different political campaigns and described by one reporter as "mentally unstable."

Dan Bongino, a former Secret Service agent and current NRATV host, is frequently quoted by the president on his Twitter feed, and Trump frequently cites the Fox News personality during conversations with staffers and friends, reported The Daily Beast.

The president was impressed by Bongino's defense of his specious claims about a "spy" inserted into his 2016 campaign, and Trump has expressed his admiration for the failed GOP candidate and former police officer.

“Did you see what Bongino said?” Trump said, according to a source with direct knowledge of the conversation. “He’s so right, he’s just so right about it all. You have to see it.”

Bongino isn't a Fox News host or contributor, but appears frequently on the conservative network and grabs the president's attention in a way that even senior administration officials cannot.

Rudy Giuliani, the president's lawyer, agrees Bongino is "very credible" and "very logical," and another source told The Daily Beast that Trump cites the Fox News guest to push conspiracy theories about the FBI and Department of Justice.

That source found Trump's remarks odd, because he's not sure whether the president even speaks to Bongino or just watches his frequent TV appearances.

Bongino refused to say whether he directly communicated with the president.

“I don’t really want to comment on that,” Bongino told the website. “It wouldn’t be appropriate to speak about private conversations.”

The former New York City police officer has made a lot of enemies, including multiple sources who said Bongino had been banned from he set of the Shannon Bream's show "Fox News @ Night" after an off-camera disagreement.

“He became unglued and was banned from this show,” said one source. “He’s not someone who would typically be on the news shows.”

Bongino also made an enemy in Politico reporter Marc Caputo, who posted audio in late 2016 of an enraged phone call to him from the NRATV host.

“You really wonder why an organization that promotes responsible gun use would want someone like that as one of their spokesmen,” Caputo said. “He does not think rationally, he cannot control his emotions, he does not care about the truth. And fortunately voters in two separate states, in three separate races, have decided he shouldn’t represent them.”

Bongino threatened to sue Caputo during the phone call and hurled a series of insults, and the reporter described the Fox News guests "emotionally (and) mentally unstable."