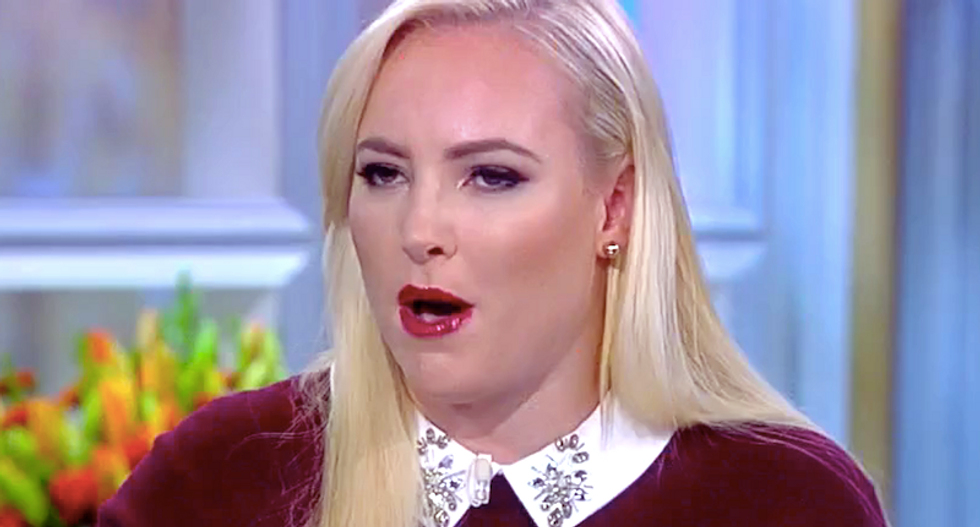 The co-hosts of "The View" clashed over the DNA test results for Sen. Elizabeth Warren (D-MA) showing Native American ancestry.

President Donald Trump has lobbed racist "Pocahontas" insults at Warren for years, and he dismissed the results as phony after she released a political ad about the DNA test.

"I found this to be pretty embarrassing for her," said co-host Abby Huntsman. "I think the majority of this room right here is probably more Native American than Elizabeth Warren is."

Host Whoopi Goldberg quickly swooped in to rebut Huntsman's argument and pointed out the test was a challenge to Trump.

"No, no, no -- don't twist this," Goldberg said. "She was not looking to prove she was part of the tribe. What she was doing was saying, 'This is what I was told as a kid. You said if I show you this, that you're going to pay whatever group I want a million bucks.'"

Co-host Meghan McCain insisted Warren's claims were hypocritical, and therefore politically important -- and she exploded when her liberal colleagues disagreed.

"It's not irrelevant," McCain said.

Co-host Joy Behar said the topic was a sideshow to important political issues like health care, and she urged voters not to get distracted by "stupid" issues.