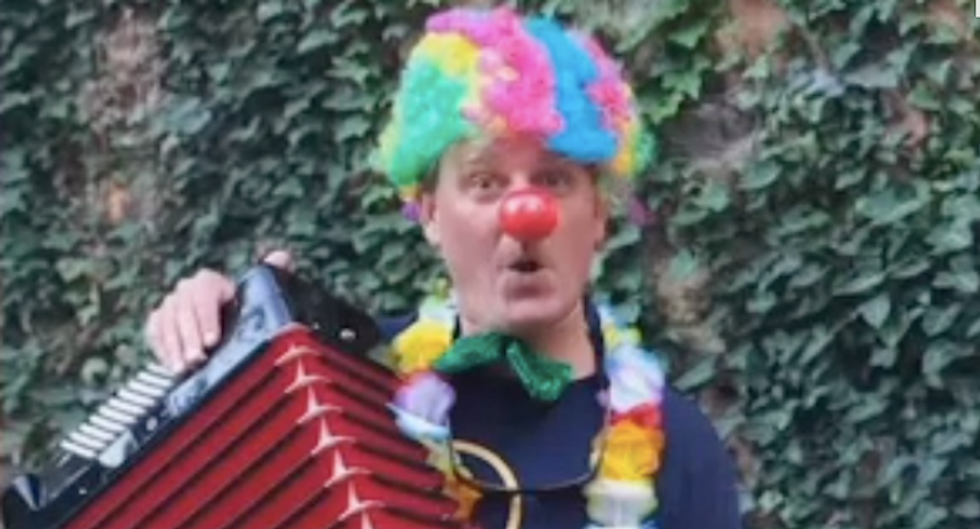 A man in Sandpoint, Idaho, has been linked to a series of racist robocalls targeting residents in Charlottesville, Virginia, and elsewhere.

The calls appear to have been prompted by the the deadly "Unite the Right" rally that took place in 2017.

Justin Beights is trying to acquire a permit to stage a protest that involves clowns playing accordions outside of Scott Rhodes' home.

As payback for the racist robocalls, the musical number of choice will be Carly Rae Jepsen’s “Call Me Maybe.”