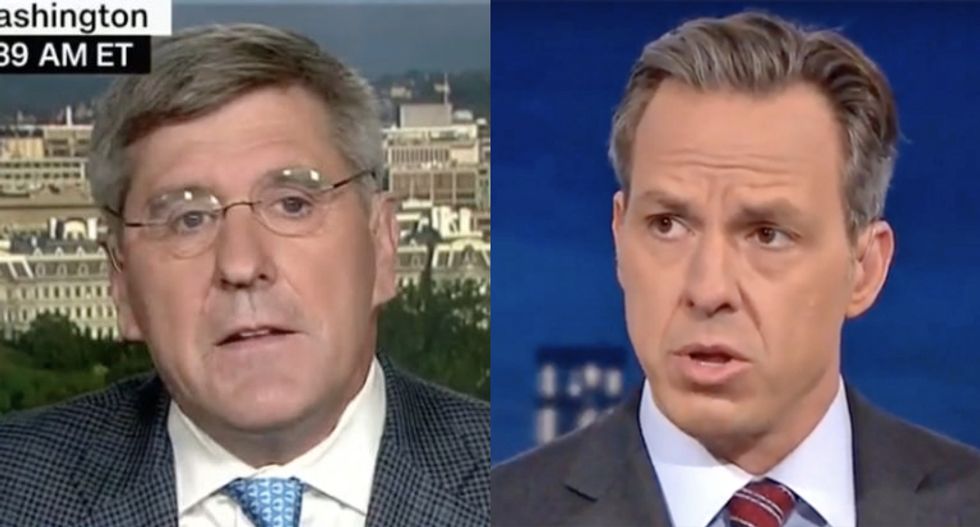 On Tuesday, CNN's Jake Tapper fact-checked Trump's economic advisor Stephen Moore after he claimed nothing was wrong with the U.S. economy.

"The big story in this Congressional Budget Office report is that just in the last nine months since the tax cut was passed, the CBO has increased its growth estimate for the next ten years by $6 trillion. Barack Obama increased the national debt by trillions of dollars," Moore said.

"All of that is bogus," Washington Post columnist Catherine Rampell said. "First of all, the deficit was supposed to go down this year, according to the Trump White House. Second of all, the numbers that we're talking about are actually from the Treasury Department, not from the CBO. This is from Trump's own administration. Third of all, we're talking about primarily tax cuts and spending increases that were put in place under this administration under a Republican-led Congress."

"The deficit went up by 17 percent from last year," Tapper responded.