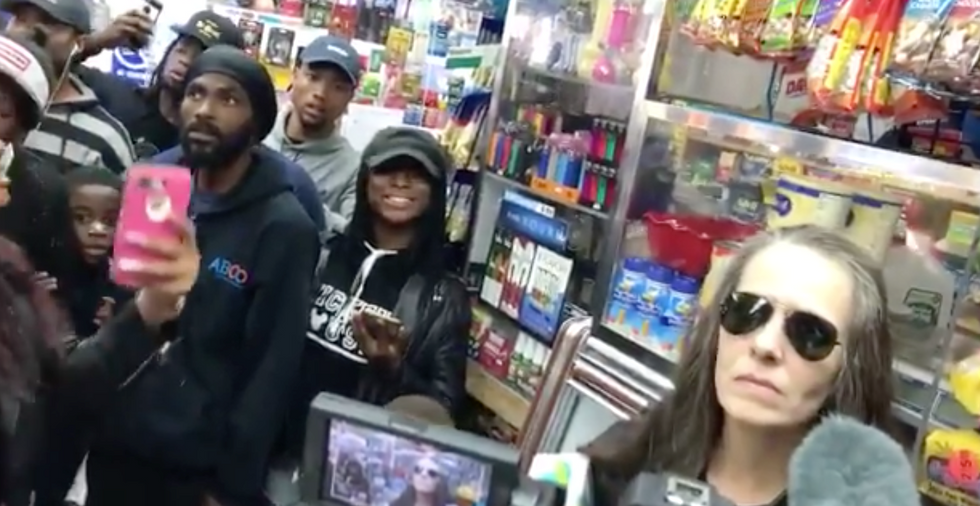 The white Brooklynite dubbed "Cornerstore Caroline" for calling the police on a nine-year-old black boy for brushing past her told reporters it wasn't the first time a child had "sexually assaulted" her.

"As far as I could tell from the way it felt on my butt, that's what had happened," the woman identified by Pix11's Andrew Ramos as Theresa said.

"It's not the first time I've been grabbed on the ass by a kid," the woman added.

The woman said she watched the now-viral video taken of her as she called the police on the child when activist Shaun King posted it on his Instagram. She added that she messaged King but hadn't heard back.

Surveillance camera footage from earlier in the day appears to disprove the woman's claim that the boy grabbed her butt. A video posted by Justine Miller of Brooklyn's News12 shows the woman watching the surveillance footage inside the crowded corner store where she alleged the boy assaulted her.

Days after a white woman #cornerstorecaroline accused a black child of touching her, she returned to the deli where… https://t.co/gotVgjhEUN
— Justine Miller (@Justine Miller)1539379232.0