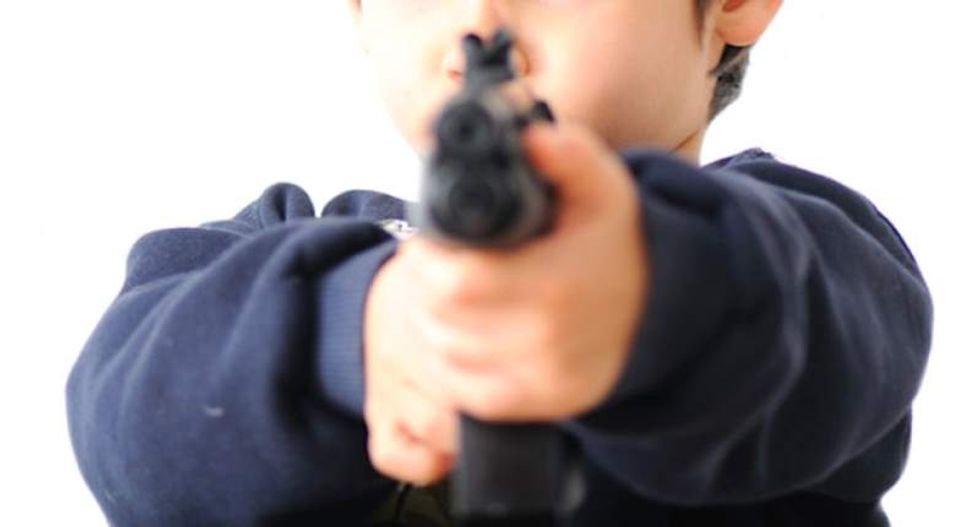 A boy pointing a gun (Shutterstock)

An 11-year-old Arizona boy shot and killed his grandmother before turning the gun on himself in a dispute over cleaning his room.

The boy's grandparents, who had full custody of the child, had asked the boy for hours Saturday to clean his room at their Litchfield Park home, but he refused, reported KPHO-TV.

Doyle Hebert and his wife, Yvonne Woodard, were watching television just after 5 p.m. when the boy came up behind them and shot his grandmother in the back of the head.

The grandfather ran after the boy but quickly returned to help his 65-year-old wife, sheriff's deputies said.

Hebert said he then heard another gunshot and saw his grandson take a few steps and then fall to the ground.

Both Woodard and the boy died from their wounds.

Maricopa County sheriff's deputies said the gun belonged to the grandfather, and neighbors said the boy showed no signs that he was a danger to himself or others.

"Nice family, I knew the kid," said neighbor Walter Venerable. "I mean, he would ride his bicycle around, play around the neighborhood."