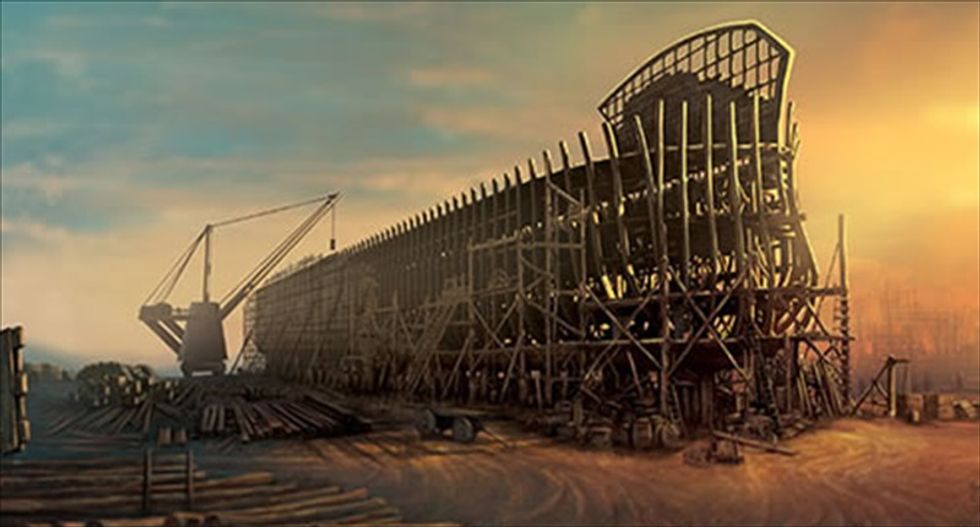 The founder of the anti-evolution Ark Encounter theme park in Williamstown, Kentucky is lashing out at the media for reporting on declining attendance numbers he must submit to local authorities as part of a tax agreement.

According to the Friendly Atheist, Australian-born Christian fundamentalist Ken Ham is not happy that the Lexington Herald-Leader recently reported on the disparity between attendance numbers and tickets actually sold which result in fees paid the local community. The Leader broke down ticket sales between those who to pay a daily admission and those who come through the gates on an already-paid-for lifetime pass.

In a post on his AiG blog, Ham lashed out at what he sees as secular hatred over what he teaches and preaches.

"There are times I just get so tired of the secular media’s bias against Christians!" Ham wrote. "Actually, what the secular media does a lot in politics (spread misinformation) has been done against Answers in Genesis, the Creation Museum, and Ark for many years."

Noting an article that also appeared in the Cincinnati Enquirer, Ham continued, "The ultimate source for this article is not AiG but local atheists who have continued to voice their disdain/hatred against the Ark (and Creation Museum) and do all they can to spread misinformation in their failed attempts to undermine the phenomenal success of the Ark and Museum attractions."

He concluded, "I know, we should be used to this as Christians! However, there are times when I, once again, warn people about trusting anything published in secular newspapers. Think about it—if this publication gets it so wrong about the Ark in this article, does that not warn us that all their articles are probably error-prone to one degree or another? It’s disappointing that our local media (The Cincinnati Enquirer) would stoop to this level—but they’ve done it before, and sadly I suspect they will do it again."

Chris Wray: FBI report on right-wing radicals delayed because ‘domestic extremism has mushroomed’ in past year

Rep. Matt Gaetz (R-FL) on Wednesday predicted that the Department of Justice would exonerate him in a child trafficking case by indicting people who he claims were trying to extort money from his family.

Earlier this month, 62-year-old Stephen Alford was indicted for multiple charges relating to wire fraud. Gaetz claimed that Alford had attempted to extort money from his family with the promise of ending a child sex trafficking investigation into the congressman.