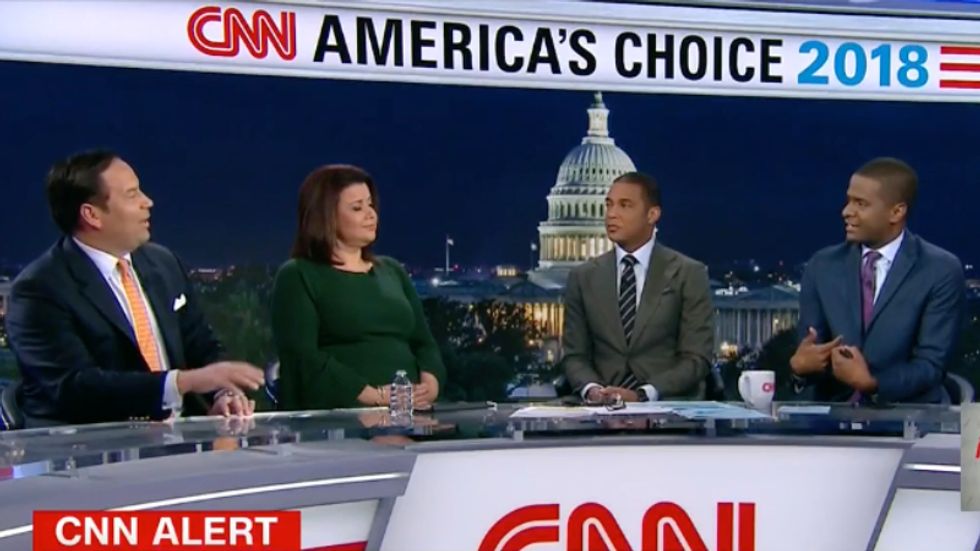 On Monday, CNN contributor Bakari Sellers explained what slavery was to Trump's former aide Steve Cortes after he said President Donald Trump's ad was not racist.

Lemon mentioned that CNN and other networks refused to play the ad because it was full of racist commentary and lies.

However, Cortes disagreed. "I don't think its racist because America is not a race. We're multiracial," Cortes said.

However, before he could finish his rant, Sellers interrupted him.

"No, I'm black. Let's get this clear. We've got a bunch of races up here," Sellers said.

Cortes then said that people need to come to America the legal way as he referenced the ad.

"Have you heard of slavery?" Sellers said. "My family came in from the West Coast of Africa. We went through bondage, slavery, rape, and pillaging. Then we went through Jim Crow and slave codes. So now we're at this point where we have 400 years of degradation, oppression and I have to explain that on national TV?"

Watch the rest below via CNN.