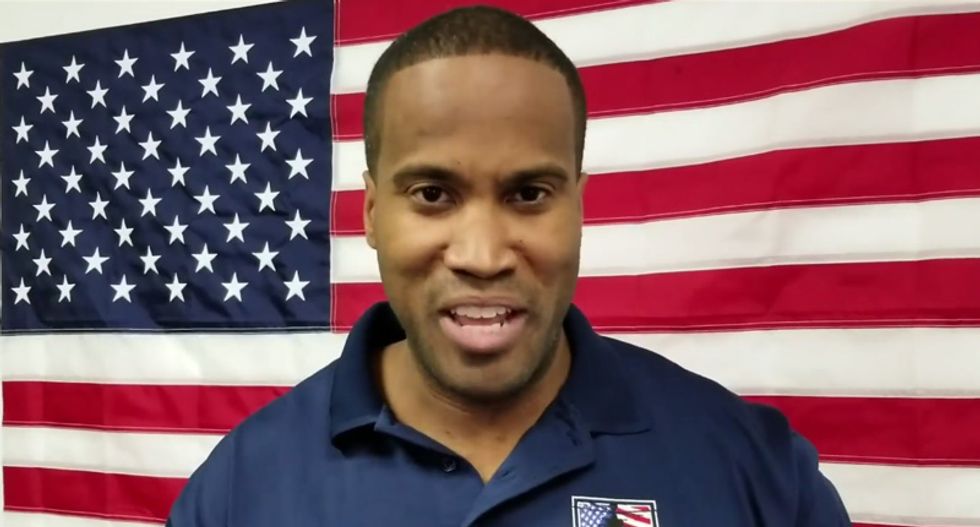 A black Republican candidate for the U.S. Senate who was forced to apologize for a swastika spotted in a campaign ad accepted campaign contributions from a group linked to white supremacists.

The same group donated $10,000 to Kobach, who lost his bid Tuesday for Kansas governor, at the start of his political career, in 2004.

John Tanton has called for a European-American majority to preserve societal and cultural benefits for whites, although he insists his group is not white supremacist in nature.

The U.S. Immigration Reform PAC donated between $500 and $2,000 to James and five other Republican candidates since July.

James apologized after a campaign ad showed a printed swastika on a bulletin board filmed at a school.

“I need to fess up and admit this was a terrible error on our part,” James said last month. “We should have caught this error, and we didn’t – and there’s no excuse. I’m responsible for everything that our team does and fails to do. And I will do everything in my power to make sure this never, ever happens again.”