Christian historians may have exaggerated persecution of faithful at the hands of Romans: archaeologists 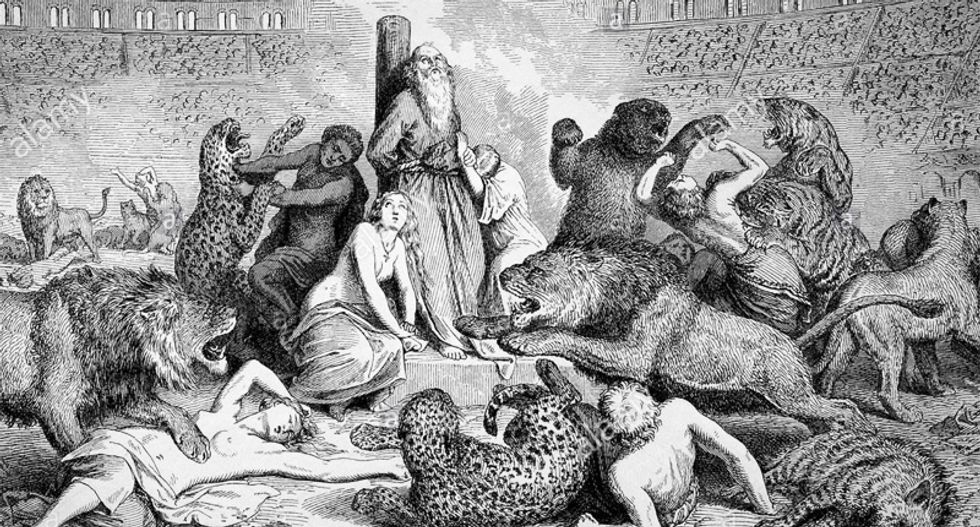 According to a report at the Daily Beast, archaeologists working in Jordan claim that Christian historians may have inflated reports about the torture of the faithful at the hands of Romans.

The report states that "In his Church History, Eusebius of Caesarea, the first Christian historian, tells the story of the rise of Christianity from a regional Jewish splinter group to the dominant religion of the Roman empire. Eusebius wrote in the fourth century and was at least acquainted, if not actually friendly, with the Roman emperor Constantine. A main focus of Eusebius’s history was the persecution."

Archaeologists working at a mine in Jordan where Christians were reportedly the subject of such indescribable torture beg to differ -- based upon their findings.

The report states that Megan Perry, a bio-anthropologist from East Carolina University, has spent years analyzing excavated human remains from a cemetery near a Byzantine mining camp at Phaeno. According to the results of her analysis -- recently published in the Journal of Archaeological Science and the American Journal of Physical Anthropology -- what she found doesn't match up with what has previously been claimed by Christian writers.

According to the Beast, remains of the workers in the mine suggest, "... good health that many of these individuals seemed to have enjoyed. An analysis of skeletal indicators of iron-deficiencies led her to conclude that 'the general health of the Faynan population is not substantially poorer than the health of residents of a typical Byzantine agricultural village.'"

In an interview, Perry was asked about claims of torture and she said that her research didn't bear the reports out.

"When I asked Perry if she or Lotus Abu-Keraki (the first to examine the samples for her MA thesis in 2000), had seen evidence of torture or martyrdom she said that she had not," the Beast's Candida Moss writes, adding that Perry told her, "Neither of us note evidence of beheading in the cervical vertebrae, nor evidence that eyes were removed using sharp utensils, or that feet were maimed. Cauterization [for example, of the eyes that Eusebius tells us were removed] would be more difficult to identify in skeletal remains, since it generally just impacts soft tissue.”

Perry did add that her sample was small, stating "her team worked only on 45 skeletons from the cemetery," and that conditions and the archaelogical record elsewhere where Christians and Romans interacted might offer different conclusions.

"It is therefore possible that they simply did not examine any of the 'innumerable' Christian martyrs that Eusebius says were sent to the mines," Moss wrote, adding that Perry remarked, "While the absence of evidence is not the evidence of absence, no evidence for individuals subjected to bodily harm or shipped in from outside regions was found in this 4th-6th-century cemetery.”