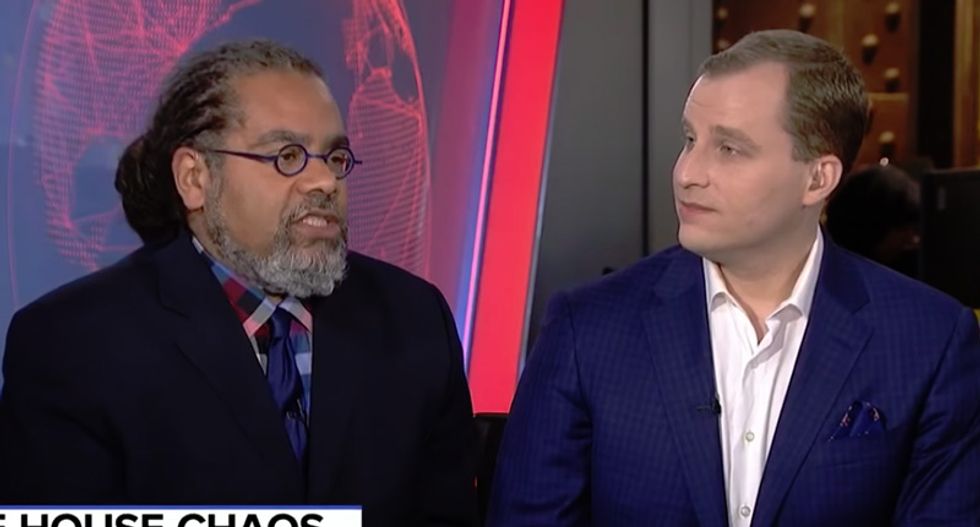 Republican strategist Evan Siegfried tried to explain President Trump's bizarre claim that shoppers need to provide voter ID to purchase cereal as a joke -- and but his fellow panelist pointed out that the president was insulting his own supporters' intelligence.

"I actually think in reading the transcript, he was trying to crack a joke," said Siegfried who admitted the president was off base. "Maybe he's talking about honey bunches of votes and dirty trix, but I think that him saying this and even making the joke is irresponsible."

"He's the president of the United States, so even if he means to make a joke, his words are taken seriously," said panelist Mark Thompson, Sirius XM "Progress" host. "Really, it's unfortunate that his supporters don't see how he is insulting their intelligence, but he's been saying crazy things for the past week."

Thompson took a wrecking ball to Trump's many claims, taking swipes at other Republicans in the process.

"Voter ID for a box of cereal is not a thing. People dressing up in disguises to go and vote is not a thing," he said. "Remember, people tried to say 'monkey things' up is a thing and saying, matter-of-factly, 'I would be on the front row of a public hanging'? That's not a thing."

"So everyone is saying things that are not things at all, including Donald Trump," he said, laughing ruefully.

(Correction: A previous version of this story incorrectly portrayed Evan Siegfried as being mocked.)