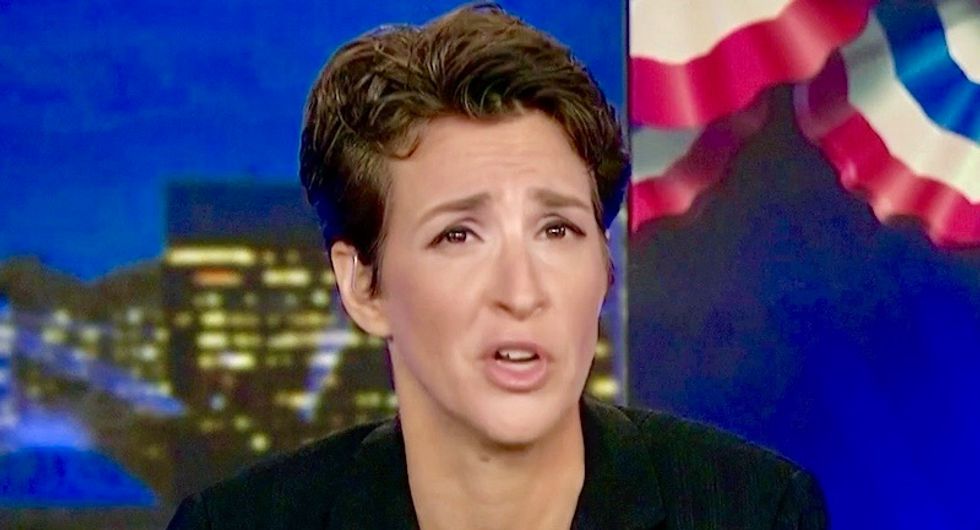 When and if Sessions is fired or resigns, the host noted, the next in line to lead the Justice Department is Deputy Attorney General Rod Rosenstein — the man who is already leading the special counsel probe after the attorney general recused himself from the investigation and drew the president's ire.

But if the embattled deputy AG is also ousted, that leaves Solicitor General Noel Francisco — a man with significant conflicts of interest when it comes to Robert Mueller — to lead the DOJ.

It was previously reported that Francisco's previous work at the prestigious Jones Day law firm was in direct conflict to the Mueller probe because the firm represents the Trump campaign in the investigation.

As the Citizens for Responsibility and Ethics in Washington (CREW) government watchdog organization revealed Friday, however, the White House issued a previously-unpublished exemption waiver to typical ethics rules that allows Francisco to work on the Mueller investigation.

"In April of this year, the Trump White House issued a secret permission slip to Solicitor General Noel Francisco which excuses him from the ethics rules that would otherwise block him from being involved in any legal matter involving the law firm at which he was a partner," Maddow said.

The White House normally publishes a list of exemption waivers like the one granted to the solicitor general, but his is absent from that online list, a fact "which is itself a story," Maddow noted.