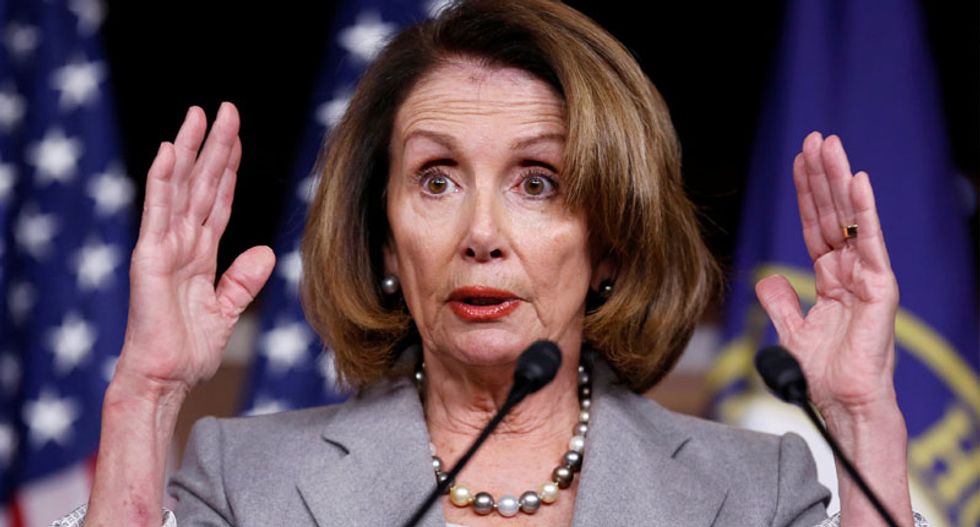 Democratic candidates won the majority in the House of Representatives on Tuesday, meaning that they will be able to chair the chamber's various committees.

This power is one of the checks and balances unique to the American system, as the New Yorker explains and comes into play now that there is a divided government.

"The chair of any committee—always a member of the majority party—has wide latitude to pursue investigations, issue subpoenas, and compel testimony," the New Yorker explains.

The way that Democrats will wield this power is still the subject of intense debate. The magazine's sources say influential Democrats are basically broken into three camps: those who want aggressive investigations as soon as possible, those who want to take a slower and more measured approach and those who warn that investigations could backfire as a distraction and be seen as "partisan fishing expeditions."

"No Democrat would say there is no role for an investigation. But some argue for moving cautiously, only making claims that have been established according to strict legal standards. Others believe we already know enough to conclude that Trump is unfit to lead, may have engaged in criminal conduct, and must be checked," the magazine says.

Vox broke down four of the investigations to expect—because Democrats appoint committee chairs based on seniority, we already know who will helm them, and what they've said as members of the committees up until now.

Among those investigations already mentioned:

1. Russia by the House Intelligence Committee Chair, where Rep. Adam Schiff (D-CA) has said he wants to do things very differently than outgoing chairman Rep. Devin Nunes (R-CA) who worked with Trump hand-in-glove.

2. Trump's tax returns by the House Ways and Means, where Rep. Richard Neal (D-MA) will have power to get any American's tax returns using a law passed 100 years ago during a past scandal-ridden Republican administration.

3. Saudi Arabia policy by the House Foreign Affairs Committee, where Rep. Eliot Engel (D-NY) may investigate how Trump is managing the relationship in the wake of Jamal Khashoggi’s murder, and even what Jared Kushner knew and when he knew it.

4. Inappropriate interference with the Justice Department by the House Judiciary Committee, where Rep. Jerry Nadler (D-NY) has famously been combustible in hearings. During the first two years of Trump's term, the committee held hearings where social media personalities Diamond and Silk attacked Facebook. Now, they can look into whether Trump has committed obstruction of justice in past investigations.