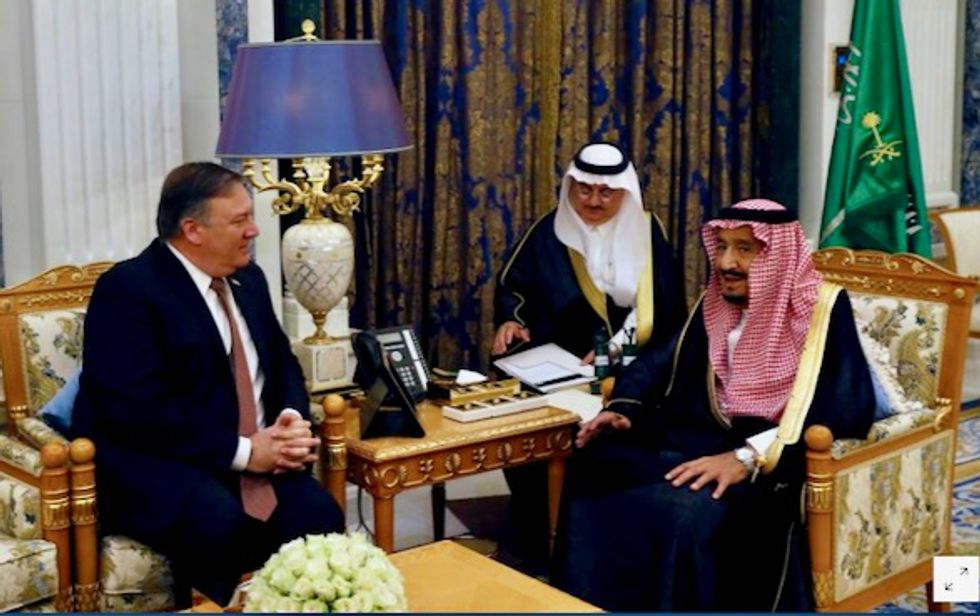 Secretary of State Mike Pompeo personally delivered a roadmap to Saudi King Salman to help his son, Crown Prince Mohammed bin Salman, insulate himself from the investigation into the murder of journalist Jamal Khashoggi.

A senior Saudi source told the website the plan includes an option to blame the Washington Post columnist's killing on an innocent member of the ruling al-Saud family to shield the crown prince and others at the top.

But that person has not yet been chosen, and Saudi leaders are still holding back on much of the plan until the pressure on bin Salman becomes too much to bear.

The U.S. State Department denied the Saudi source's claims, saying they were "a complete misrepresentation of the secretary’s diplomatic mission to Saudi Arabia."

The Trump administration is expected to make a formal statement Tuesday about the U.S. findings so far in the investigation.

The CIA announced last week that it had concluded the crown price had ordered Khashoggi's murder, but President Donald Trump has cast doubt on those findings.