Vegans: Why they inspire fear and loathing among meat eaters 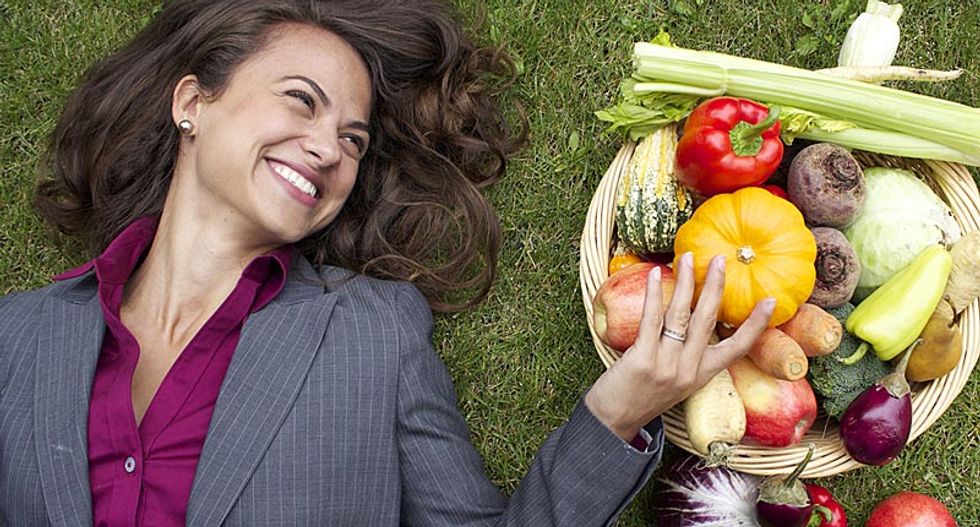 Food critic William Sitwell has resigned as editor of Waitrose’s in-house magazine following a row over his astonishingly hostile response to a freelance journalist who proposed a series of articles on veganism.

In the light of William’s recent email remarks, we’ve told John Brown Media that we believe this is the right and proper move - we will be working with them to appoint a new editor for the magazine. We have had a relationship with William for almost 20 years and are grateful for his contribution to our business over that time.

The row erupted after freelance journalist Selene Nelson pitched a series on “plant-based recipes” to the magazine, given the rise in popularity of vegan products in recent years. Waitrose, like many UK supermarkets, has recently expanded its vegan product range and, as Sitwell’s own article in The Times in January 2018 noted – in less than welcoming terms – the number of vegan cookbooks available has also grown considerably.

How about a series on killing vegans, one by one. Ways to trap them? How to interrogate them properly? Expose their hypocrisy? Force-feed them meat? Make them eat steak and drink red wine?

As veganism is ever more routinely encountered in daily life, hackneyed media stereotypes of vegans no longer resonate as they once did. Anti-vegan media hostility isn’t anything new. Sociological research published in 2011 documented how UK newspapers discredit veganism through ridicule, with vegans variously stereotyped as angry, militant, self-denying, sentimental, faddy, or joyless. As more people try veganism, meet vegans and encounter vegan-friendly products and practices in daily life, the more tone deaf these stereotypes sound.

Sitwell’s vitriol contrasts markedly with the polite restraint of Nelson’s rejoinder, in which she ironically expressed interest “in exploring why just the mention of veganism seems to make some people so hostile”. The exchange is arguably emblematic of the contemporary plague of entitled anger that toxifies public discourse whenever entitlement is challenged, however politely.

One aspect of threatened entitlement in a non-vegan society is the presumed right to consume the bodies of other animals. In that context, research has suggested that vegans prompt defensiveness among non-vegans by implying a failure to act on a moral issue. Unresolved guilt plays out along a continuum ranging from framing one’s non-vegan practices as “moderate” (“I don’t eat much meat”) to anger and hostility towards vegans (rhetorically shooting the messenger, the way Sitwell appears to have done). The range, style and tone of these defensive responses are wearyingly familiar to vegans.

Food practices are socially powerful markers of social and cultural identity, making actual or implied criticism of them personally and hurtfully felt. Meat-eating in particular has been closely implicated in the construction of masculine identity. Challenging the dominance of non-vegan practices threatens those social and cultural identities that are most closely dependent upon them.

Criticism of Sitwell’s email led to the wheeling out of a stereotype of vegan humourlessness. We have written elsewhere about how humour is used in popular culture to retrench oppressive power relations. Framing the expression of oppressive power relations as “humour” attempts to insulate it against critique, but we should remain alert to the potency and power dynamics of such “jokes”.

Sitwell’s own initial apology denied the ethical basis of veganism itself: “I love and respect people of all appetites, be they vegan, vegetarian or meat eaters – which I show week in week out through my writing, editing and broadcasting.” Veganism here is reduced to a taste preference, or consumer disposition – just one dietary option among several – rather than an ethical imperative directed towards eliminating the human exploitation of other animals.

In his initial response, Sitwell says his previous “good behaviour” is evidence that this recent episode is not representative of his attitude and he apologises for offence taken by others, rather than his offensive action. But in doing this, he refuses to take responsibility for his own behaviour. Moreover, it provides a textbook example of a victim-blaming non-apology, in this case by using yet another anti-vegan stereotype – over-sensitivity: “I apologise profusely to anyone who has been offended or upset by this.” Vegans (the unspecified “anyone”) are implicitly primed to take offence, while Sitwell’s own actions are rhetorically positioned as intrinsically innocent (as “innocent” as a “joke”).

The joke has cost Sitwell his editing job. But his outburst has at least opened up the opportunity for some more honest discussion about why veganism, like many other progressive social movements, stimulates such aggressive responses.

More articles about vegetarianism and veganism, written by academic experts: