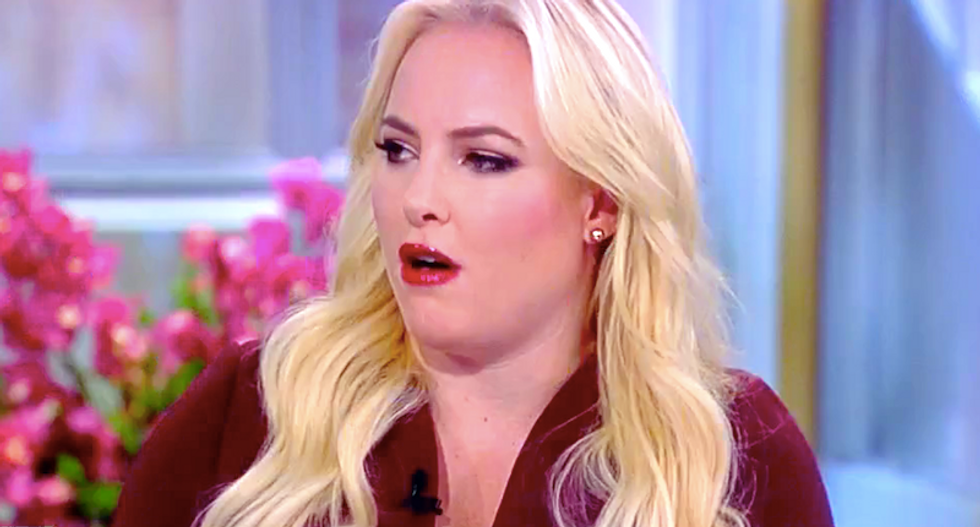 The Texas congressional candidate was partially blinded six years ago by an explosive blast, and "The View" co-hosts agreed that Davidson was wrong to joke about Crenshaw's eye patch.

"I had such a problem with this over the weekend," McCain said. "I'm not a snowflake, I can laugh at jokes."

Davidson explained that losing his father, a New York City fireman, on 9/11 caused him to gravitate toward darker and controversial subject matter in his jokes, but McCain said that was no excuse.

"I would think if your father died in 9/11, I don't know his story, but maybe you would be more empathetic to people who sacrificed," McCain said. "I will say that if it were Tammy Duckworth, who is also a hero, as well, and a veteran of the Iraq and Afghanistan wars, if someone had been making fun of her, I don't know if we would have the same reaction. I don't know if it's because he's a Republican, but the response was, conservatives are angry."

McCain pointed out that Crenshaw was almost certain to win, so she wondered why Davidson had insulted him.

"He's going to be a congressman tomorrow," she said. "Why take potshots at people who have served and made sacrifices?"

"He said that's how he deals with it, and that's fine if he finds catharsis in comedy, which a lot of people do, but that doesn't give him the right to take shots at someone else's service and people's physical pain," McCain said.

Joy Behar stepped in to correct her.

"He has a right to do it," she said. "You have a right to speak out against it."