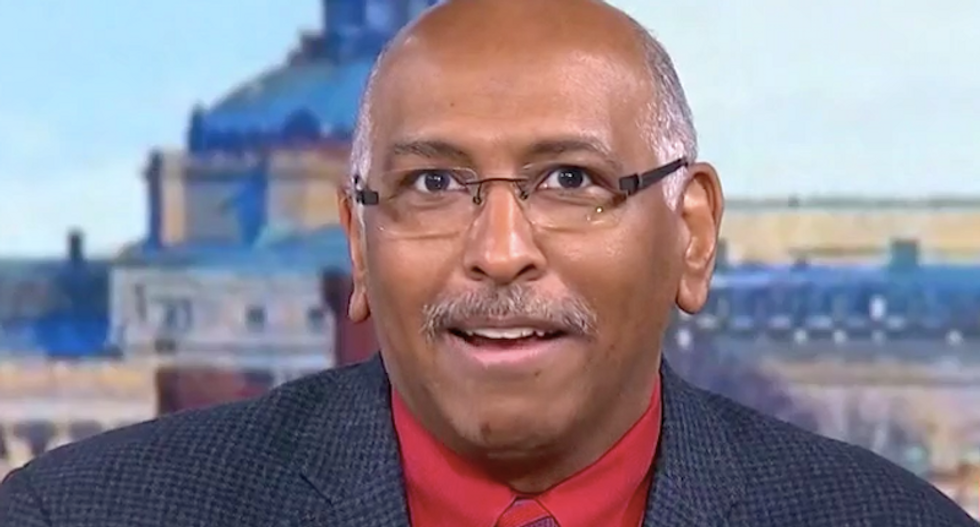 The former chairman of the National Republican Committee on Wednesday poked fun at fellow GOP-ers for freaking out over Chief Justice John Roberts' rebuke of Donald Trump's partisanship.

After Trump smeared a federal judge as being an "Obama judge," the conservative head of the Supreme Court issued a rare public statement aimed at the president.

“We do not have Obama judges or Trump judges, Bush judges or Clinton judges,” Roberts said. “What we have is an extraordinary group of dedicated judges doing their level best to do equal right to those appearing before them.”

“That independent judiciary is something we should all be thankful for,” the chief justice added.

Michael Steele, the former head of the RNC and a regular MSNBC contributor, noted that pro-Trump Republicans generally tend to get upset when other members of their party attempt to check or criticize the president.

"What was not talked about and what has not been talked about certainly not by the RNC or by others is the number of Republicans across the country who voted for the Democrat in this election," Steele noted on Meet the Press. "As a check, as a rebuke, as a response to the administration."

Those that rebuke Trump "are no less Republican, so y'all just put the fire out on your pants," he advised.

"They are concerned Republicans because they do believe in the checks and balances of this country," Steele concluded.