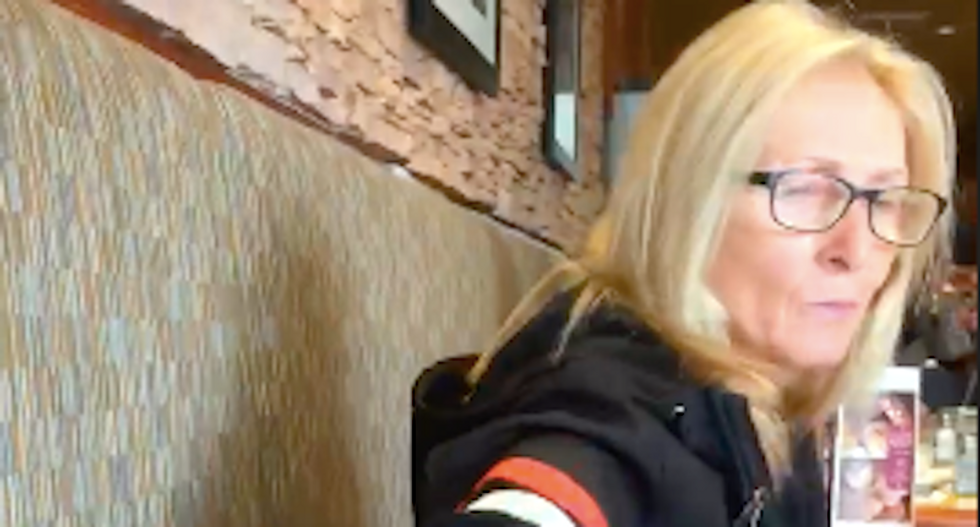 A woman went on a white nationalist rant at an Arizona restaurant after another customer asked to sit next to her.

Lennys Bermudez Molina went into Wildflower Bread Company on Wednesday to eat and work on her laptop while charging her car outside, and she asked a woman sitting alone if she could sit in the open seat next to her in the crowded north Phoenix eatery, reported KTVK-TV.

Molina pulled out her cell phone and began recording because she was so surprised by the woman's remarks.

“I have never been told that somebody prefers whites," Molina says in the video.

The woman was unapologetic, and said she would prefer the U.S. to be for whites only.

"Yes, that would be me," the woman says. "I would prefer the whole freaking nation to be white. How about that?"

Molina said she was astonished, and she said the woman made her feel concerned for her safety.

The woman then got up to sit outside, and Molina reported the incident to a manager, who asked her to leave.

The manager then walked Molina to her car afterward.

“We really embrace the diversity of not only our workforce, but of course our customers,” said Wildflour founder Louis Basile. “If a guest is uncomfortable in one of our restaurants, we’d like them to come to the manager.”