From 'BBQ Becky' to a KKK Christmas carol: Here are the most shocking racist rants of 2018 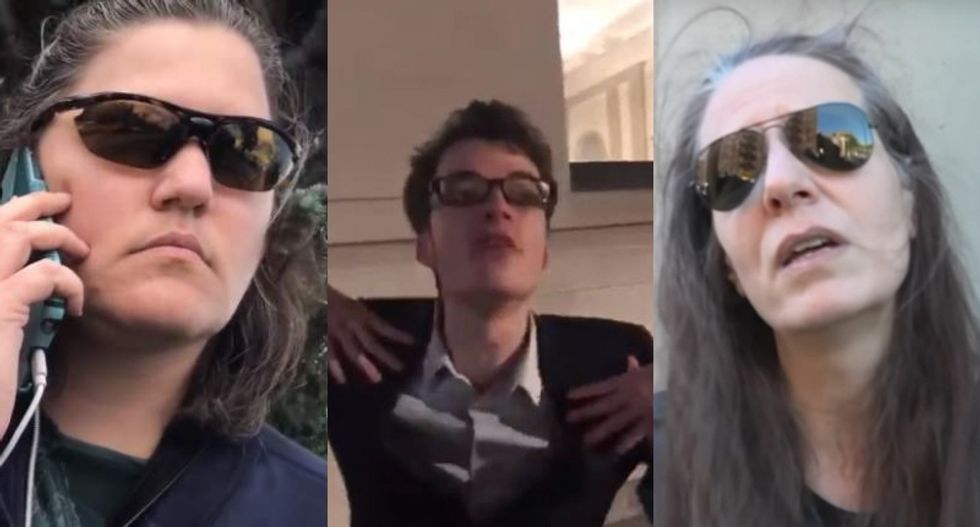 This year has had a number of watershed moments -- but one of its more bizarre aspects is how prevalent the racist rant video has become.

One theme, in particular, has dominated the rest: white women calling the police on people of color for doing normal things like selling lemonade, having a cookout or, in some cases, just being around.

Check out 2018's most racist recorded rants -- including the one that inspired so many imitators -- below.

Jennifer Schulte, an Oakland, California resident, was dubbed "BBQ Becky" in May when she was filmed calling the police on a black family for having a barbeque in a park.

She went on to become a viral sensation, spawning memes, an SNL skit -- and tons of videos of fellow white women calling police on people for doing everyday stuff.

One such apparent BBQ Betty imitator is Teresa Klein AKA "Cornerstore Caroline" -- a white Brooklyn, New York resident who called police on a young black boy for allegedly "groping" her even though bystanders are heard in the now-viral video saying he didn't.

The store shared with reporters security footage of the woman's interaction with the young boy that showed no such groping occurred. Local reporters shared that footage with Twitter and the rest was history.

3. Connecticut teen threatens to lynch his classmates for complaining about racial slurs

A teen in Southington, Connecticut was arrested after he recorded and posted a video to social media that showed him threatening to lynch black people who complained about him using the N-word.

"Stop being such a f**king n****r," the teen said before threatening to "lynch every single f**king n***ger" in the group chat he was in. He also claimed he'd lynched 12 people and claimed he was going to burn crosses in peoples' yards.

Students at a New Hampshire high school were filmed by classmates singing a Ku Klu Klan-inspired rendition of the "Jingle Bells" Christmas carol -- and according to local news sources, were told to do so by a teacher for a class assignment.

"KKK, KKK, let's kill all the blacks," the teens sang to the tune of "Jingle Bells" in a social media video of the incident.

The teacher involved said the students were supposed to create new lyrics to a Christmas carol for an assignment on the post-Civil War Reconstruction era -- but was nonetheless placed on paid administrative leave.

5. White woman tells a Latina that people like her will be "wiped out"

A Latina in Arizona recorded a white woman telling her she'll be "wiped out" and claiming everyone "wants to be white" -- and got a surprisingly positive reaction from her community.

Lennys Bermuda Molina recorded the white woman's racist rant -- which took place with no provocation -- and published it to her Facebook to show just how hateful the woman was.

In response, people in her North Phoenix community began rallying around her. Molina told a local CBS affiliate that she was "touched" by the support.

6. Columbia student screams at classmates of color about how white men "did everything"

A white student at New York City's Columbia University was recorded shouting about how white men "did everything" and invented the modern world -- while berating a group of primarily black students for not being grateful enough.

“We invented science and industry, and you want to tell us to stop because, ‘Oh my God, we’re so bad!'” the student, identified as sophomore undergraduate Julian von Abele, yelled. “We saved billions of people from starvation, we built modern civilization! White people are the best thing that ever happened to the world!”

“F*ck yeah, white men!” he continued after his classmates shouted him down in protest. “We’re white men — we did everything!”