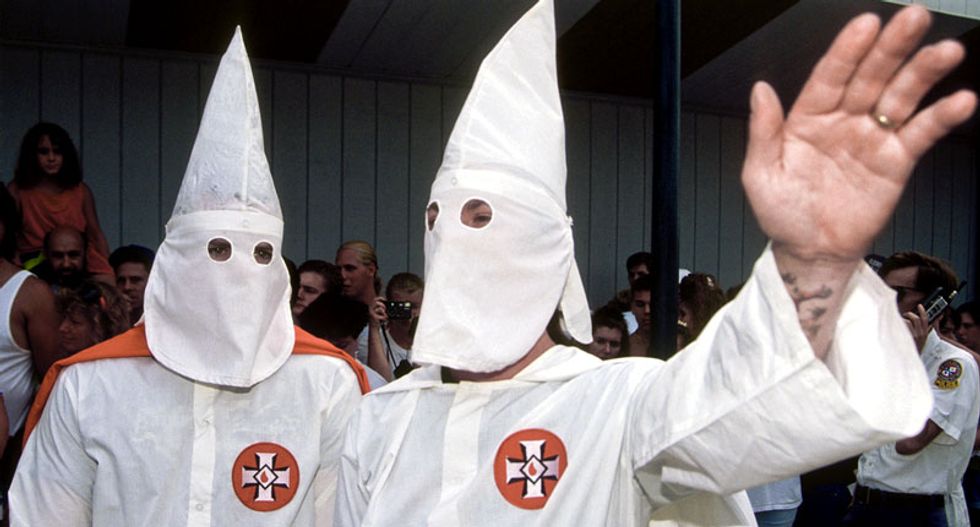 Students in a New Hampshire high school were heard singing a KKK-themed Christmas carol in a viral video of what was supposed to be a school assignment.

The Portsmouth Herald reported that 11th grade students in an American History class wrote the song for an assignment in which they were tasked with creating a song from what they learned about the post-Civil War Reconstruction era.

Dover School District Superintendent William Harbron said the students recorded in the video chose the Ku Klux Klan -- which first formed in response to the economic and political gains made by former slaves during Reconstruction -- for their assignment.

"KKK, KKK, let's kill all the blacks," the students are heard singing to the tune of the "Jingle Bells" Christmas carol, eliciting laughter from classmates. Harbron told the Herald that the students were unaware they were being recorded.

Dover High School is investigating the assignment and whether the students' work was vetted before they presented it in response to an outcry from the neighboring community whose members were upset by the content of the song when the video went viral over the weekend.

The school is also working with a civic engagement group from the University of New Hampshire to discuss the song with the class, the report noted, and will then host discussions within the community.