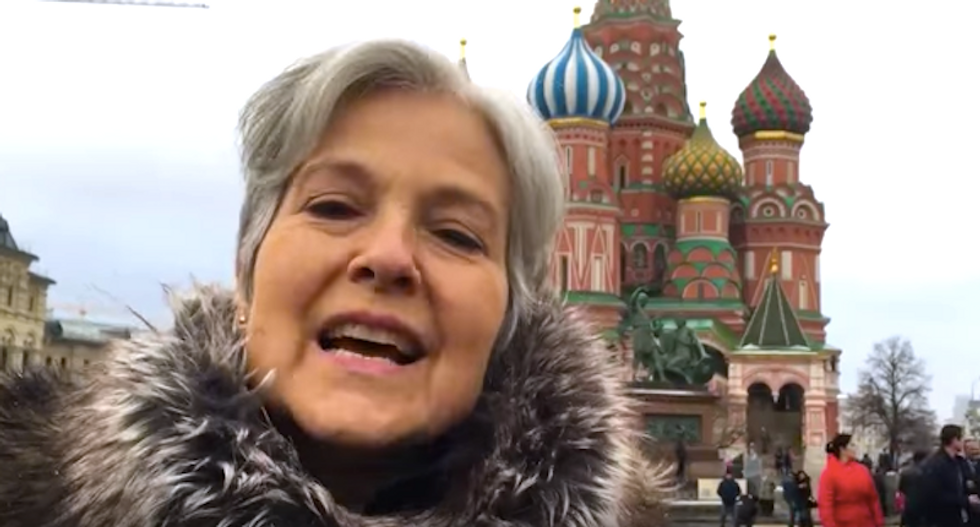 According to a report from NBC, Russian operatives gave a big boost to Green Party presidential candidate Jill Stein just before the 2016 election to draw away voters from Democrat Hillary Clinton and boost Donald Trump's chances of winning the presidency.

NBC claims a report compiled by the Senate shows Stein was the subject of a social media blitz designed to raise her profile and create a better playing field for eventual winner Trump.

"Building support for Stein was one of a 'roster of themes' the Moscow-sanctioned internet trolls 'turned to repeatedly' in their effort to disrupt the election, according to a research team led by the New Knowledge cybersecurity firm," the report states. "The researchers also found that the campaign to bolster Stein gained in intensity in the final days of the presidential campaign and largely targeted African-American voters."

Stein has repeatedly denied getting any help from the Russians despite questions about her appearance in Russia at a conference where she was seated at a table with Russian President Vladimir Putin.

According to NBC: "An analysis found that Russians working under the direction of the Internet Research Agency, the St. Petersburg-based firm run by a close ally of Russian President Vladimir Putin, tweeted the phrase 'Jill Stein”'over 1,000 times around the time of the election."

"The posts were often accompanied by variations of the same hashtag, 'Grow a spine and vote Jill Stein,'" it continued.