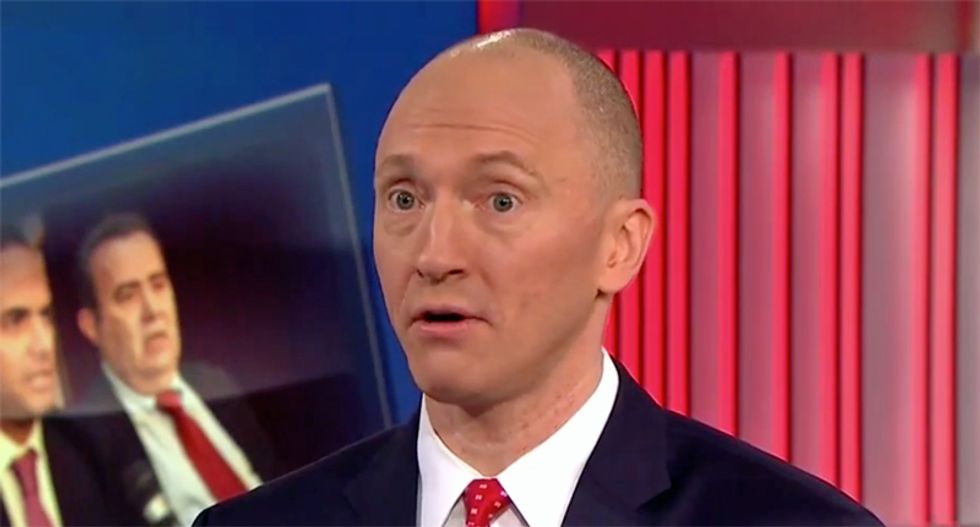 Page sued the DNC for defamation for the salacious dossier by former British spy Christopher Steele. None of the allegations in the dossier have been disproven.

In response to the DNC asking a federal judge to throw out the lawsuit, Page filed a 49-page brief on Wednesday, Law & Crime reported.

"Based on the defamatory information distributed and paid for by the Defendants, the [U.S. Government] waged an unprecedented, targeted, state-sponsored surveillance operation against Dr. Page," the filing argued.

"Given subsequent death threats and the intent of the defendants, the outcome of the libel committed against Dr. Page clearly displays the requisite elements of the statutory definition of domestic terrorism: 'activities that involve acts dangerous to human life that are a violation of the criminal laws of the United States or of any State' and 'appear to be intended…to intimidate or coerce a civilian population ... to influence the policy of a government by intimidation or coercion; or… to affect the conduct of a government by…assassination… and… occur primarily within the territorial jurisdiction of the United States,'" the filing continued.

Page is apparently representing himself in the lawsuit, with no named attorney.

"This is generally advised against in high-profile cases, especially those in federal court," Law & Crime noted. "While Page makes clear that he is currently studying the law, his inexperience shines through in ways large and small." 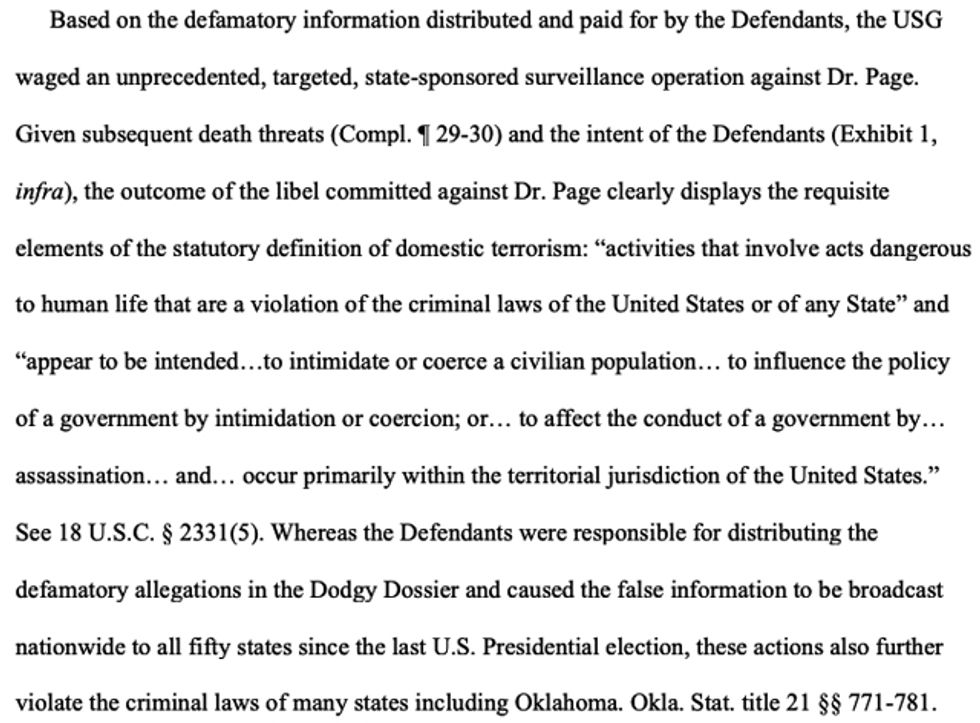