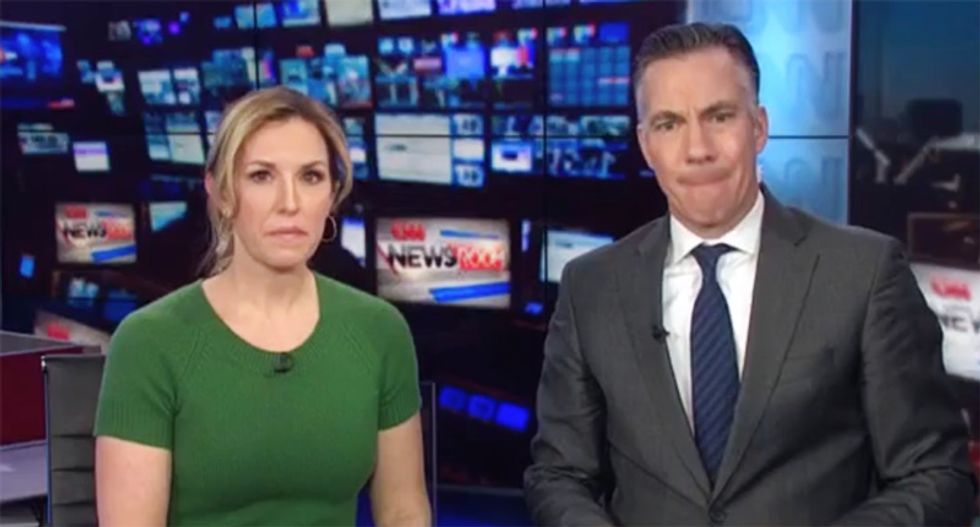 CNN hosts Poppy Harlow and Jim Sciutto were momentarily left without words following a Texas reporter divulging more details about the fall-out over a Baylor fraternity president walking away with a slap on the wrist on rape charges.

On Monday, a judge in Waco, Texas, accepted a plea deal agreed to by prosecutors and sentenced Jacob Walter Anderson, 24, to three years of deferred probation for a reduced charge of "unlawful restraint"of a fellow student in 2016. Under the terms of the deal, Anderson must also pay a $400 fine, seek counseling and his criminal record will be expunged if and when he completes probation.

According to CNN reporter Ed Lavandera -- who is based out of Dallas -- tension inside and outside the courthouse ran high before he read, on air, a portion of the transcript of the victim's statement to the court following the ruling.

"'You both will have to live with this decision to let a rapist run free in society without any warning to future victims,'" the CNN correspondent continued reading. "'I wonder if you will have nightmares every night watching Jacob rape me over and over again.'"

"According to the victim's attorneys in this case, they basically said that Jacob Anderson had left this victim to die, choking on her own vomit and that's why this victim was describing this in such emotional terms," Lavandera added.

The stunned hosts sat speechless for a moment before Sciutto offered, "Just heartbreaking," as Harlow sat silently with a look of distress on her face.