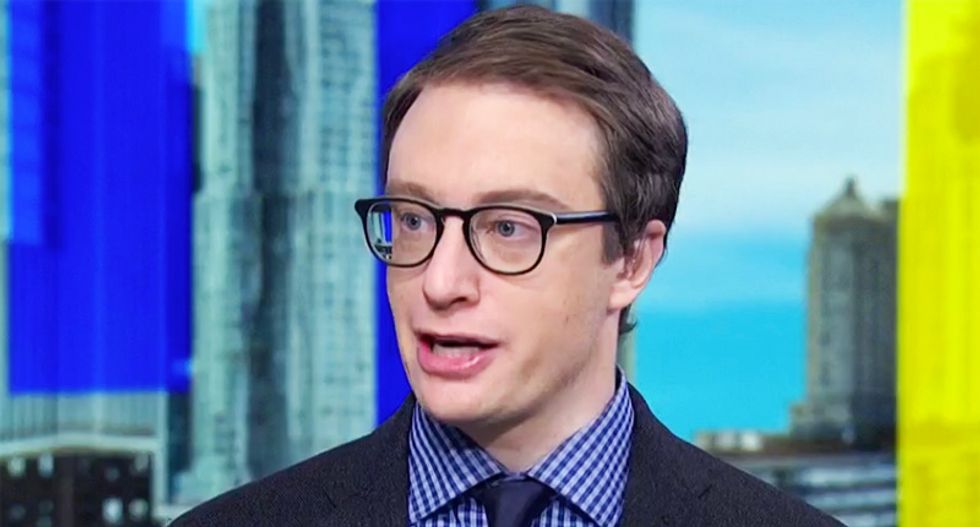 Sharing a clip of Fox News legal analyst Andrew Napolitano breaking the news to the Fox & Friends hosts that Donald Trump did indeed break the law, an MSNBC panel focused on the conservative network's coming break-up with the president as his legal woes worsen.

In particular, AM Joy host Joy Reid reveled in the fact that there appears to be widening fractures in the relationship between Trump and his favorite cable network.

"Are we seeing sort of a disturbance in the force?" Reid quipped to MSNBC contributor Gabriel Sherman. "Some people at Fox can't stay on the talking points."

"I love in the clip where Steve Doocy was shocked," Sherman laughed. "He was like -- there was like a glitch in the Matrix and suddenly like truth came through and he said, 'What crime had he committed?'"

"I think there are moments but I think ultimately, you know, the network is still behind him," Sherman added. "The question is when does the audience turn on Trump? This is a ratings game for Fox. If they start to see the ratings erode, you'll see more and more hosts break with the Steve Doocey ."

"When the viewers of Fox News hear that or hear Shep Smith who breaks it down and keeps it real, is that something they view as their network being fair and balanced or is this something that they just utterly reject and ultimately management says do less of that?" Reid asked.

"I think they utterly reject it," media analyst Eric Boehlert suggested. "That's the whole idea of Fox News, you hear this over and over again. The problem for Trump is that Fox isn't going to be enough."

Ried went to suggest that Fox may lose viewers to Sinclair Broadcasting if their support of Trump falters.