GOP lawmaker accuses Trump of being suckered by Putin into abandoning Syria: 'Russia wants us to leave' 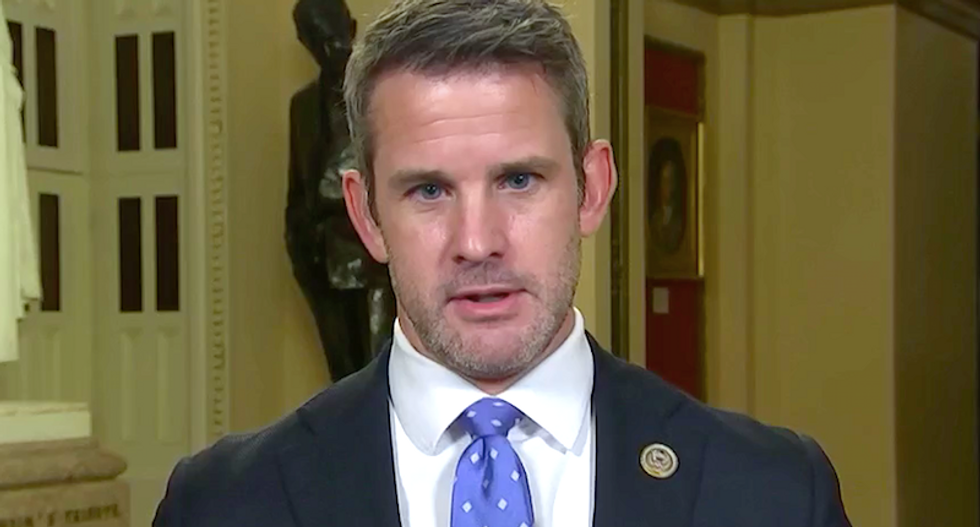 Rep. Adam Kinzinger (R-IL), a U.S. Air Force veteran who served in Iraq and Afghanistan, strongly disagreed with the president's decision to withdraw America forces from the region, and he was infuriated by a video of Trump claiming ISIS had been defeated.

"I was offended," he told MSNBC's "Morning Joe." "I was almost trembling after I saw it."

Putin praised Trump's decision and agreed with his assertion that Islamic State militants had been defeated in Syria, and Kinzinger was disgusted.

"It's amazing," Kinzinger said. "We may as well as pull out of Ukraine and call Georgia, Ukraine and NATO, enemies, and I think Russia will praise us even more for that."

He said the president's decision satisfied one of Russia's top foreign policy priorities, and he questioned Trump's motives.

"It's obvious, look, Russia wants us to leave, they want the Middle East," Kinzinger said. "If they think ISIS is defeated, then they're obviously feeding into this so the president believes it. You know, what is there to say? It speaks for itself. Putin is not our friend."