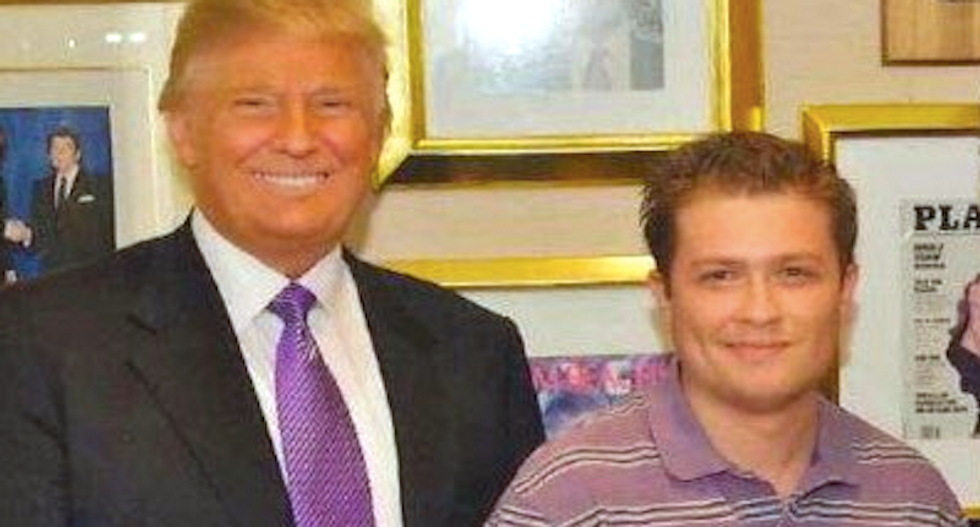 President Donald Trump was initially skeptical of Twitter, but the son of one of his employees convinced him to give it a shot -- and soon came to regret what he'd done.

Justin McConney was a 24-year-old film school graduate when he caught the future president's attention in early 2011 with video he put together for a weekend meeting of Trump's golf course managers at Mar-A-Lago, and he explained to the reality TV star that social media was the future of self-promotion, reported Politico.

"I’ve heard of that,” Trump said, according to McConney's recollection. “Isn’t that what Obama used?"

The @RealDonaldTrump Twitter account had existed since 2009, and posted bland promotions written at first by marketing specialist Peter Costanzo and then farmed out to other Trump Organization staffers, but McConney urged Trump to show more of his outrageous personality online.

“I wanted the Donald Trump who is on Howard Stern, commenting on anything and everything,” he said.

Trump did that at first with videos of himself speaking straight to the camera from behind his desk, but he saw Twitter's potential for self-promotion after he caused an online stir by eating pizza with a knife and fork during a spring 2011 lunch with Sarah Palin.

"This way you can take the top of the pizza off so you’re not just eating the crust," Trump explained in a video. "I like to not eat the crust so we can keep the weight down."

His explanation generated another round of coverage from Time magazine and Gawker, and McConney said that's when he was "sold" on social media.

Trump soon began calling him -- usually through his wife Melania, who would then hand off the phone -- to dictate tweets at all hours, precisely placing each dash or exclamation point, just as he does now with White House staffers.

“George Will just hit me on TV. I have to hit back,” Trump complained once. “Write this down and tweet it out immediately.”

Trump would call on Saturdays to order up a tweet, and he would continue pitching tweets for 20 minutes while Melania brainstormed in the background.

That arrangement continued until February 2013, when McConney noticed his boss had tweeted out thanks to an actress for flattering comments she made about him on TV.

Other staffers with access to the account told the social media manager they hadn't sent the tweet, and that's when McConney felt a pang of regret.

"The moment I found out Trump could tweet himself was comparable to the moment in ‘Jurassic Park’ when Dr. Grant realized that velociraptors could open doors,” said McConney, who worked for the Trump Organization until last year. “I was like, ‘Oh no.”"