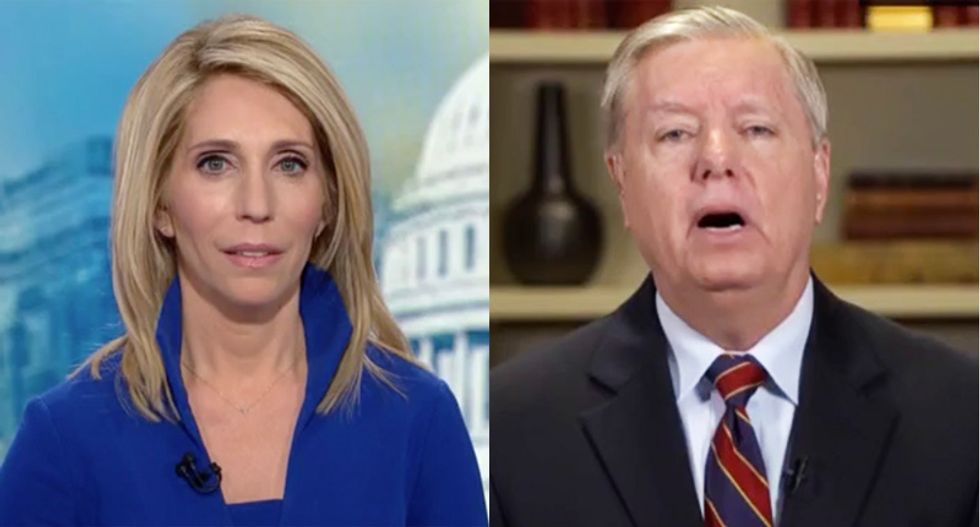 Appearing on CNN to discuss the government shutdown over President Donald Trump's demand for funding for his border wall, Graham grew incensed when asked to also defend Trump's Syria pull-out.

"If ISIS reconstitutes itself after the U.S. leaves, does President Trump bear responsibility?" Bash asked.

"Well, number one, everything we’re dealing with today falls on Obama’s watch. He is the one who withdrew from Iraq in 2011 —-," Graham replied as the CNN host cut him off.

"He did it because there was the status of forces agreement in Iraq, right?" Bash prompted.

"No, That’s a bunch of bullshit," the South Carolina Republican blurted before quickly recovering.

"Pardon my French," the abashed Graham said before going on the attack against former President Barack Obama. "That’s an absolute lie. Obama wanted to get to zero. He got to zero. In 2011 I said I hope the president is right but I fear this decision will come back to haunt us. ISIS came about as a result to withdrawal from Iraq."