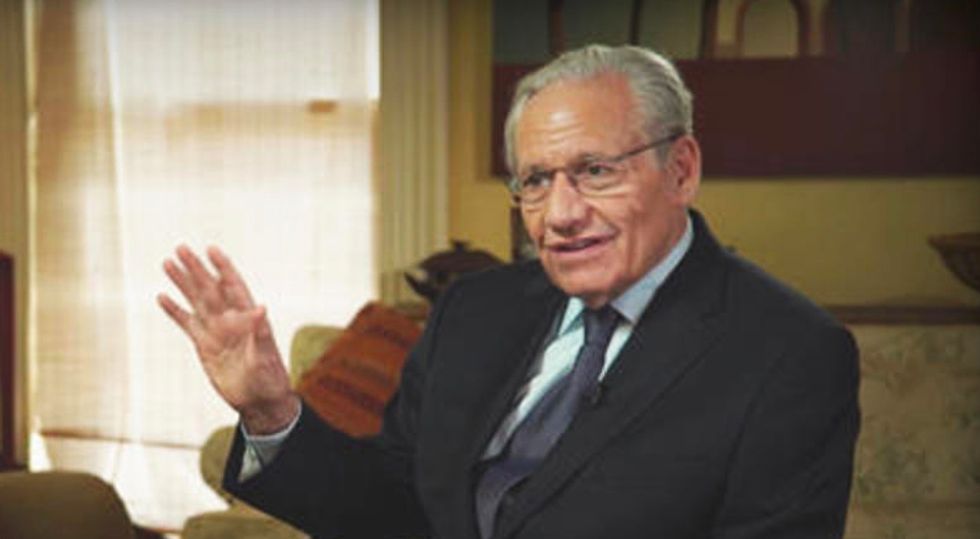 The abrupt departure of Defense Secretary Jim Mattis, who resigned in protest of President Donald Trump's decision to retreat from the fight against ISIS in Syria, continues to send shockwaves through the political establishment.

The well respected Mattis was often referred to as the "adult in the room," with the impetuous Trump, leaving many commentators to wonder what will happen without his influence.

On Wednesday, Watergate reporter Bob Woodward, who authored an insider's look at the Trump White House earlier this year, appeared on CNN's New Day to discuss where things currently sit inside the West Wing.

"I think we are at a moment where grave damage is being done to the economy and to national security," Woodward warned.

Woodward said that past presidents have also faced budget battles with Congress and disagreed with what the Federal Reserve is doing, but that statesmen like Bill Clinton were able to discreetly cut deals. Trump has gone into this battle the same way he has others, which may backfire, Woodward speculated.

"There's an opening here where you can diminish the tension between Trump and the Fed," he said. "I'm not sure the best way to make that deal is to bash the fed on Twitter. It's interesting to see how that would work out moving forward... President Trump is obsessed with the wall and wants $5 billion. The Democrats say they are not going to give it to him."

The biggest danger is foreign policy, Woodward said, with the United States risking its standing in the world.

"It's a governing crisis. You have the exit of Mattis—a tragedy for the country," he said. "Mattis was trying to thread the needle and make his points— and, quite frankly, educate President Trump, and the departure is something that I think is going down in the history books."

"They had an alliance: let's keep really bad things from happening," said Woodward. "They are both gone now. So we better face the reality, this is a dangerous time. This is not just another government shutdown or another example of a budget impasse."

"Mattis is, in many ways, was the key to this," said Woodward. "He was the one who took Trump to the Pentagon in 2017 and sat him down and said, 'Look, the basis of the United States strength in the world are these trade agreements, and the security agreement like NATO, and the top-secret intelligence partnerships," said Woodward. "Trump's response was, 'It's all B.S.' Well, it's not... If you have to live in the house, and we all are living in the house of Trump in many ways, you can't burn it down. Yeah, Trump is going to change some things, fine, but he needs to absorb that lesson and everything we're seeing now is he is not."