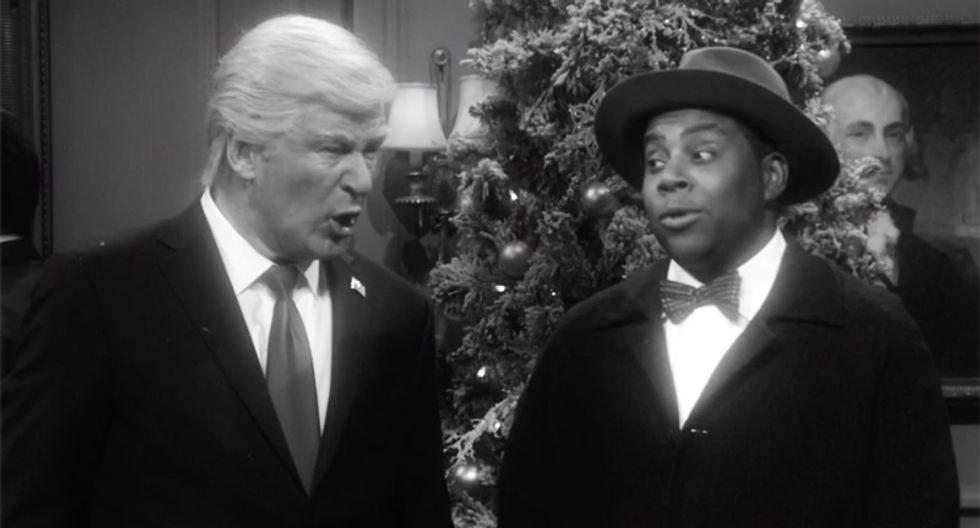 Saturday Night Live once again got after President Donald Trump in the cold open, this time with a black and white parody of "It's A Wonderful Life" where he sees how much better everyone's lives would have been if he had never become president.

With Trump (portrayed by Alec Baldwin) being conducted through his alternative life by the angel Clarence, Trump learns that Melania divorced him and lost her accent, his sons were successful without him (and Eric is slightly smarter -- but not much)  and Mike Pence followed his dream of becoming a DJ.

We also learn that Kellyanne Conway got her soul back from the devil.