Trump is going 'nuts' because Mueller is tracking his foreign business ties 'like a dog on a bone': Ex-RNC chair 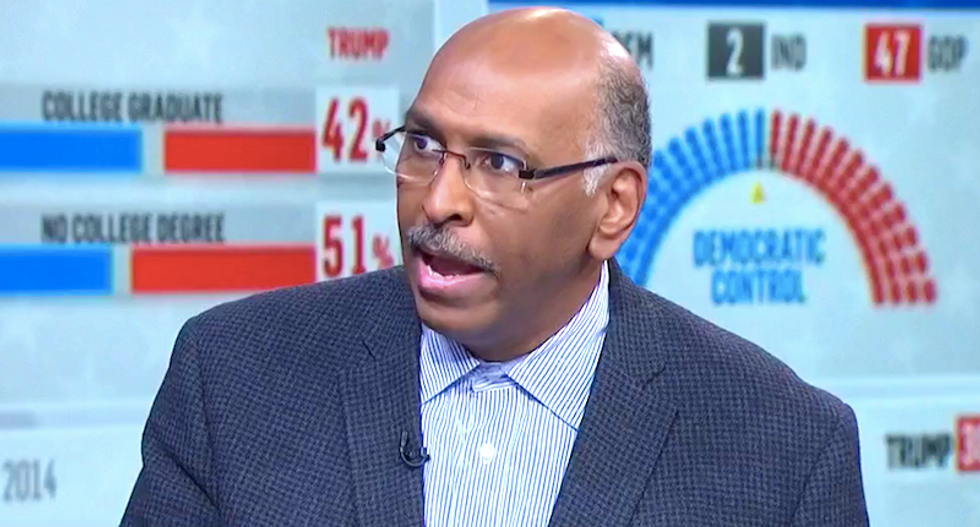 Reacting to the latest revelations that Russian officials had directly reached out to former Trump "fixer" Michael Cohen all the way back in 2015 to discuss political "synergy" with the president's campaign, Steele said he wouldn't be surprised to learn that Trump's dealings with Russia went back even further.

Trump Jr. in 2008 admitted publicly that Russians "make up a pretty disproportionate cross-section of a lot of our assets" when it came to financing real estate projects, and Eric Trump reportedly admitted in 2014 that Russians were responsible for financing new Trump-branded golf courses.

In addition to Trump's ties to Russia, Steele suggested that Saudi Arabia could also be assisting the president's businesses with hefty spending at his hotels.

"There are two countries where the president's approach to foreign policy makes absolutely zero sense," host Stephanie Ruhle interjected, referring to Russia and Saudi Arabia. "And it's the two countries with business ties."

Steele agreed and suggested that Mueller has been working to dig up the goods on what those ties are.

"Mueller is on this like a dog on a bone," said Steele. "And it's driving Trump nuts."