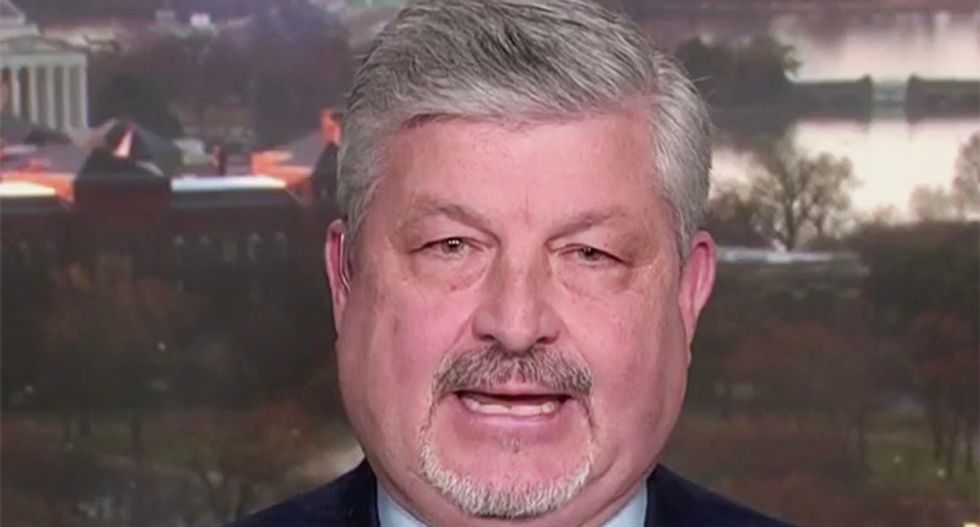 The president of the National Treasury Employees Union unloaded on Donald Trump and the Republican Party on Saturday morning in a scalding attack for holding federal employees hostage to the president's demand to build a wall on the U.S./Mexico border.

Appearing on CNN's New Day with hosts Victor Blackwell and Christi Paul, Tony Reardon had few good things to say about the president or Republicans.

After host Blackwell noted that some federal employees who are no longer receiving paychecks are returning Christmas presents for the cash to help pay the rent, Reardon was asked to weigh in.

After a discussion on "sample letters that furloughed workers could send to the creditors, to potentially their landlords and suggesting maybe you could do carpentry work or paint somewhere in the building in lieu of paying a portion of your rent," offered to the employees, Reardon grew more animated.

"I think it's laughable, I think it's unfortunate," Readon exclaimed. " It's disgusting, candidly. In fact I heard from one of our members who indicated to me yesterday 'maybe I'll work my shift' because she is required to work right now through this shutdown, though she's not being paid."

"'Maybe I can work my shift and talk to my landlord after I get off of my shift and see if I can go do painting or carpentry work or something else that maybe I can use to try to reduce my rent,'" he relayed. "I've got to tell you, to treat federal employees this way and to tell them somehow they should not have the dignity they should already have, to not provide them that dignity and respect too, provide them the pay that they have earned, it's wrong to treat human beings this way."