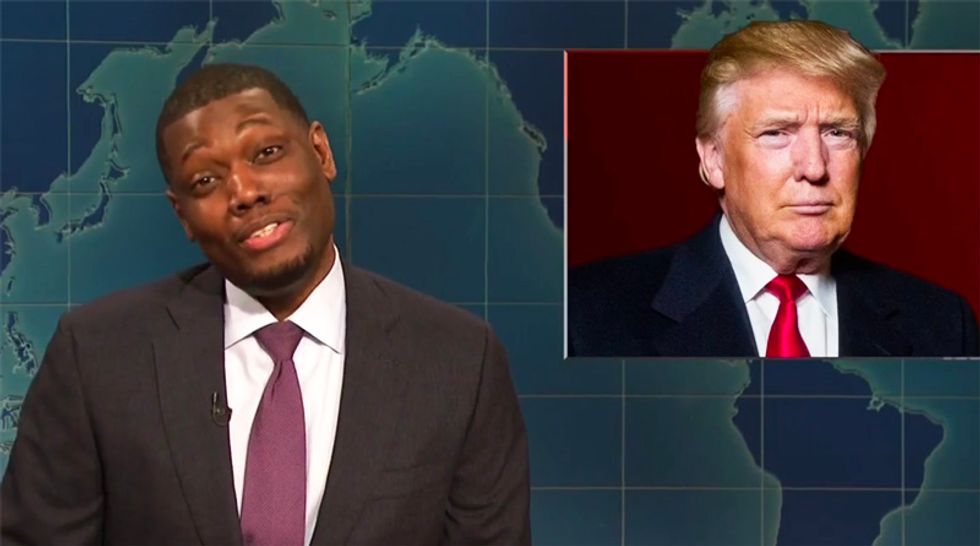 Addressing all of Trump's choices for close associates, Che zeroed in on the president calling Cohen "weak" after the attorney flipped on him last week.

“Oh, really? What gave that away, his chin?” Che smirked. “Doesn’t Trump realize that everybody he hires just ends up leaving him or getting fired or locked up? Oh honey, it’s you. He picks counsel like my cousin Tasha picks baby fathers.”

Che went on to jab former Trump campaign manager Paul Manafort, saying, "I don’t know if I trust a guy who looks like he bleeds cologne. Manafort looks like the kind of guy who tells his daughter’s friend, ‘You really filled out nicely.’"

You can watch the video below via SNL: