CNN panel mocks Fox News hosts for denying Trump caved: ‘You can tell who still wants to go to Mar-a-Lago!’ 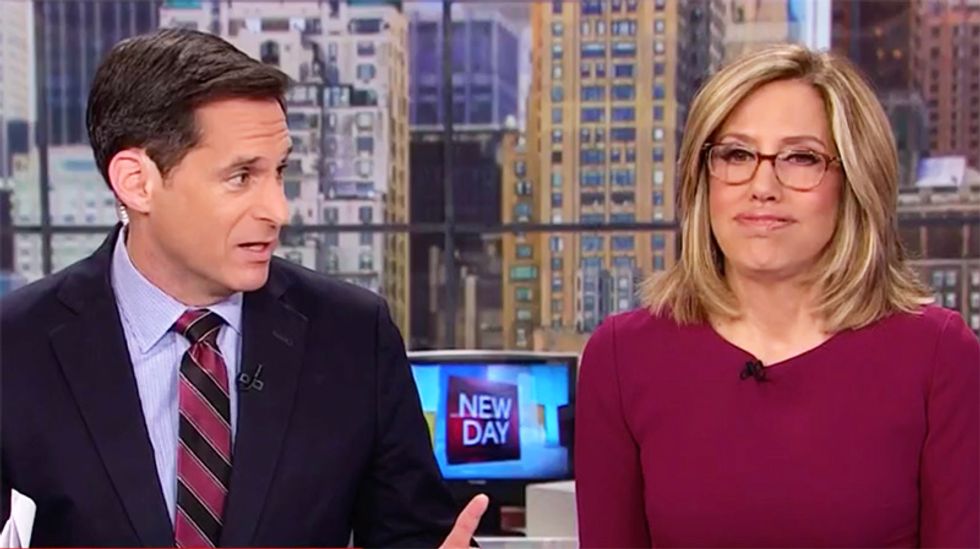 CNN's John Avlon and Alisyn Camerota on Monday ridiculed Fox News hosts Sean Hannity and Jeanine Pirro for defending President Donald Trump in the wake of his total capitulation last week in ending his own government shutdown without getting money for his proposed border wall.

In discussing the reaction among Trump's base to the president's cave on wall funding, CNN played clips showing Ann Coulter and Fox host Lou Dobbs being critical of the president, but also clips of Pirro and Hannity going out of their way to make excuses for him.

"The president, he showed leadership, rose above the partisan bickering in the swamp, offering relief to federal workers, all while sticking to his commitment to secure our border," Hannity said in a recent Fox News episode.

"He did not cave!" shouted Pirro in an episode that aired over the weekend. "He made a tactical decision, a strategy decision to pick the ground to fight on!"

After watching Pirro, the entire panel burst into laughter.

"You can tell very clearly from this who still wants to go to Mar-a-Lago!" Camerota joked.

CNN's Joe Lockhart said he wasn't at all surprised by Pirro and Hannity's decision to stick with Trump given that they're "creations of the Fox News marketing department."