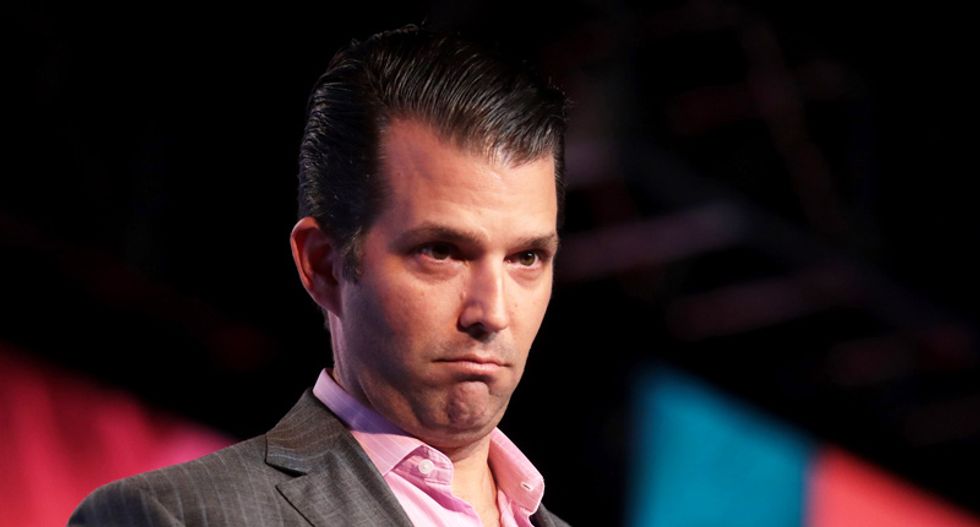 Panelists on "Morning Joe" spent much of Thursday's episode sifting through statements made the night before by President Donald Trump's attorney, who admitted some members of the campaign had engaged in collusion -- but not the president himself.

"Now there is this weight of evidence that (former Trump campaign chairman Paul) Manafort took this polling data and handed it to Russian operatives, and we don't know whether that was a strategy on behalf of that campaign or was that just Paul Manafort trying to protect his own interests to curry favor with some of these oligarchs," she added. "There's definite connections here about a level of chaos and confusion in the campaign and people on the Trump campaign working for themselves, working for their own interests."

"If they are going to move the goalposts on this collusion this evening to the campaign, Donald Trump Jr. is standing right beneath those goalposts," Barnicle said.

Host Joe Scarborough said the same pattern had been playing out for nearly three years.

"I keep going back to Donald Trump saying that they never had any contact with anybody from Russia," Scarborough said. "That was a lie that they were spitting out before he was sworn in."