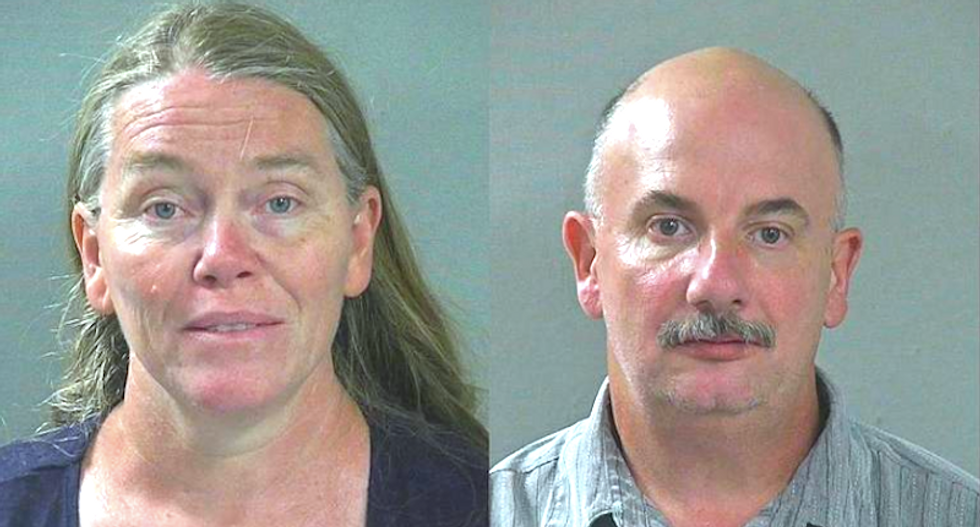 An Idaho woman faces a possible prison term for failing to report her husband's sex abuse and instead praying and trying to keep him too busy to molest children.

Sarah Kester was charged with felony injury to a child, and her husband Lester Kester pleaded guilty in November to molesting five children over two decades, reported the Idaho Statesman.

The 48-year-old husband faces a possible life term when he is sentenced next week on five counts of lewd conduct with a child younger than 16 years old.

His 50-year-old wife entered an Alford plea, which does not admit guilt but acknowledges prosecutors have enough evidence to convict.

Sarah Kester told detectives she learned of the abuse about 17 years ago and was confronted by the victims about three years ago.

Instead of notifying authorities, Sarah Kester said she prayed for the "demon" to leave her husband and tried to keep him busy with other tasks.

She told authorities her religion forbid her from involving them in what she described as a personal matter.

The Kesters are members of the Followers of Christ Church, a faith-healing sect in Canyon County that believes pharmaceuticals are the product of Satan and children who take medicine will be sent to hell.

State law currently leaves an exemption to the crime Sarah Kester was charged with in cases where religiously motivated medical neglect results in death or injury to a child, although Idaho lawmakers have repeatedly tried to close that exemption.