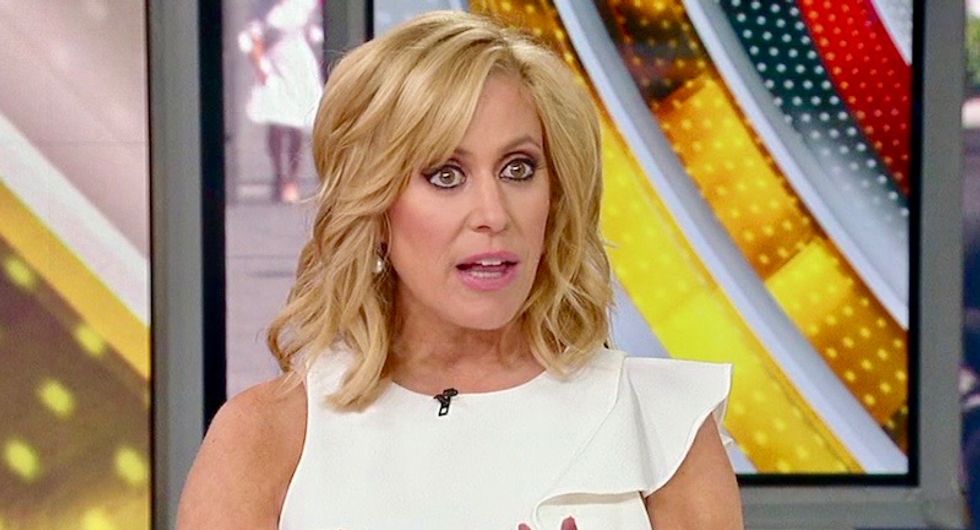 Over the weekend, President Donald Trump's personal attorney, Rudy Giuliani, gave several interviews in which he appeared to suggest that Trump directed his former lawyer, Michael Cohen, to lie to Congress on his behalf.

Giuliani has since tried to walk back those statements, but has been getting roundly mocked for his efforts.

That even extended to Fox News on Tuesday, where a panel on Outnumbered slammed Giuliani's "mystifying" efforts.

"The president obviously has a different mission for him. Far be it for me to understand what that is, but it is a little bit confusing given the back and forth on some of these things that I think would be a lot easier to explain if you just sort of got to the end of it first before going through all the machinations," said Josh Holmes, former chief of staff to Mitch McConnell.

"My only thought at this point is they are doing it on purpose to try and further confuse the situation," said Trump-loving co-host Katie Pavlich. "Rudy Giuliani needs to get his story straight, I think. He's very can contradictory and what he's saying. It doesn't help their case in the public eye, which is apparently what he was trying to do since he's going out and doing these interviews."

Democratic panelist Jessica Tarlov said she hopes Trump and Giuliani are trying to muddy the waters because the alternative is too dire.

"I'm not sure the strategy is to confuse us there," she said. "That would make me feel better about what's going on if there was some strategy to this."