Trump's impeachment can begin immediately by using this roadmap from Watergate 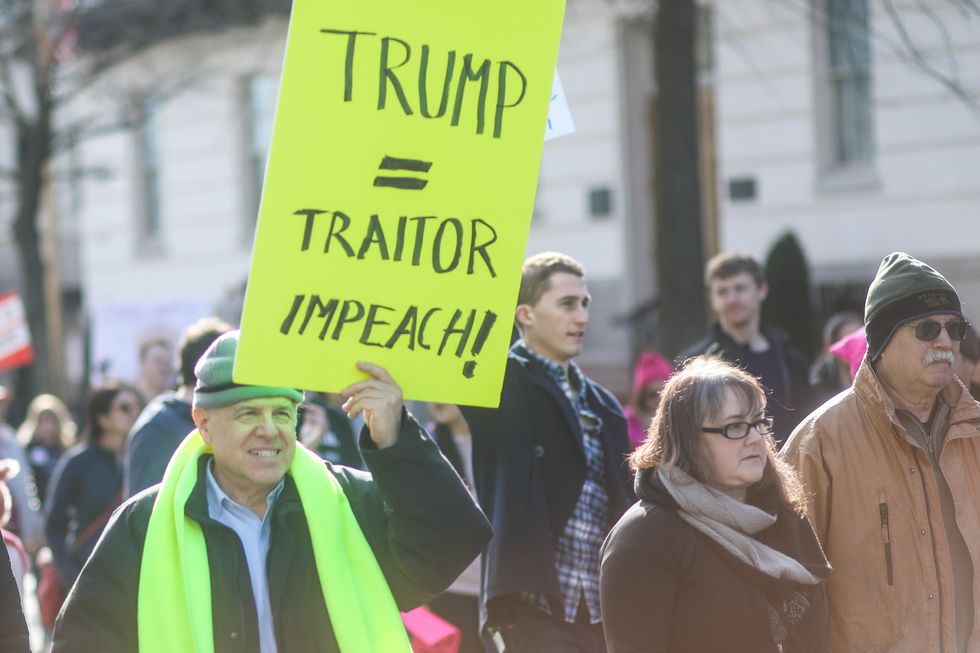 Writing at Lawfare, legal affairs journalist Ben Wittes advised House lawmakers eager to start impeachment proceeding against Donald Trump to look at how Democrats handled a similar situation when President Richard Nixon (R) was being investigated for his connection to the Watergate break-in that eventually ended his political career.

As Wittes notes, there is nothing stopping current House Judiciary Chairman Jerry Nadler (D-NY) from asking special counsel Robert Mueller for any evidence of crimes he already has against the president that would constitute an impeachable offense.

According to the journalist, former House Judiciary committee head Peter Rodino (D-NJ) found himself in a similar situation in 1974 as the investigation of Nixon dragged on and, "Pressure for impeachment was building, but while lots of evidence against the president was public, key pieces of it were not."

"The prosecutor’s job was to prosecute crimes, not to evaluate the president’s fitness for office," Wittes writes. "That latter job lay with the chairman and his committee, who didn’t have access to the prosecutor’s evidence. So the House judiciary committee chairman wrote a letter requesting that the evidence be turned over."

In a letter to John Sirica, the chief judge of the U.S. District Court for the District of Columbia, Rodino wrote, "The House and the Judiciary Committee are under a controlling constitutional obligation and commitment to act expeditiously in carrying out their solemn constitutional duty.”

He added that it was the “Committee’s view that in constitutional terms it would be unthinkable if this material were kept from the House of Representatives in the course of the discharge of its most awesome constitutional responsibility.”

According to Wittes, newly-empowered Nadler should follow Rodino's example.

"I have a suggestion for Jerry Nadler, the current occupant of Rodino’s old office: He should consider taking a page from his predecessor’s book and formally requesting a referral of possible impeachment material," Wittes advised.

"Let’s acknowledge up front the differences between Rodino’s circumstances and Nadler’s. Rodino’s committee already had an open impeachment inquiry, authorized by a nearly unanimous 410-to-4 vote in the House of Representatives," the journalist explained. "Nadler’s committee, by contrast, has no open impeachment inquiry; indeed, Democratic leaders insist that they have no plans to impeach President Trump and are waiting on the evidence from Mueller before making any decisions about how to proceed."

"The similarities between the situations strike me as ultimately more substantial than the differences," he continued. "If Nadler wants a referral from Mueller of information that, in the language of the old statute, may be grounds for impeachment, he should ask for it. He should write both Mueller and [potential Attorney General Bill Barr a letter explaining—as Rodino explained—that it would be unthinkable if material relevant to the House of Representatives in the discharge of its most awesome constitutional responsibility were not made available to the Judiciary Committee."

"And he should request, notwithstanding the lapse in the independent counsel law, that Mueller—at the appropriate time and if such material exists—refers to the House judiciary committee “any substantial and credible information which [he] receive[d] . . . that may constitute grounds for an impeachment," he concluded.

You can read a more expansive dive into the history and the law here.