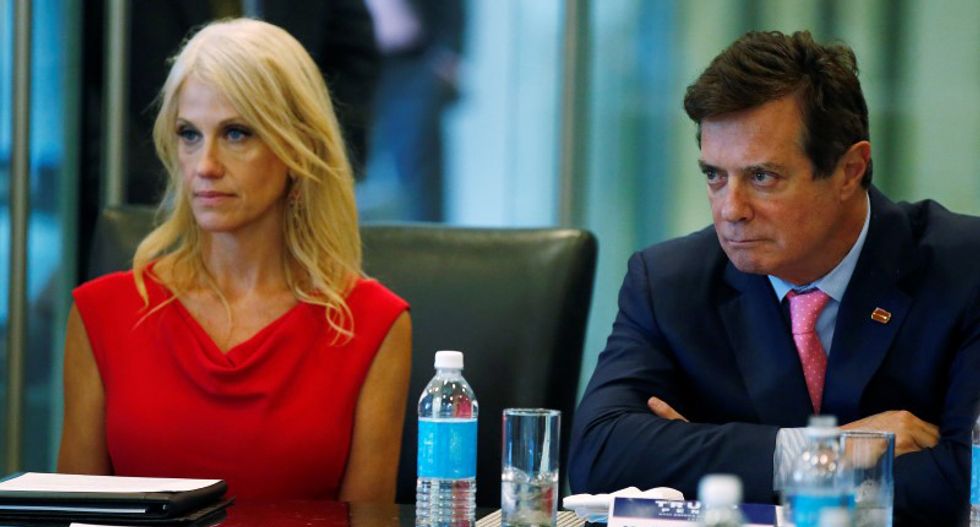 The latest revelations about Paul Manafort's contacts with an alleged Russian spy could mean that Kellyanne Conway may fall under scrutiny by special counsel Robert Mueller.

David Measer, an advertising and communications expert, explained the importance of the polling data that Manafort shared with Ukrainian associate Konstantin Kilimnik, who Mueller alleges has ties to Russian military intelligence.

"At the heart of any campaign, big or small, is data," tweeted Measer, senior vice president at the RPA agency and a University of Southern California professor. "Data about the market, people, the competition. In politics, this is called 'polling.' Same thing."

Data is a crucial raw material for any campaign, and both advertisers and politicians spend a lot of time and money to get the most accurate and detailed information they can about their target audiences, Measer said -- and they jealously guard those findings.

He said the accidentally unredacted details in Manafort's court filing shows the former Trump campaign chairman had shared proprietary data with a Russian intelligence operative, at the same time the Kremlin was targeting the Democratic opposition.

"You've got a Russian hacking operation stealing the competition's (the DNC's and the Clinton campaign's) data...then you've got it all," Measer said. "Everything you need to destroy the competition."

Measer said that apparent collaboration was a big deal, and he said Manafort's replacement would have been in a position to know about the campaign's operation targeting specific voters with detailed polling data.

"You know who knows a lot about this? @KellyannePolls -- someone should ask her," Measer said.

Everything you need to destroy the competition. Not so benign anymore. You know who knows a lot about this?… https://t.co/4P5WzDFaqM
— David Measer (@David Measer)1547041949.0

Kellyanne Conway, a veteran Republican pollster, joined the Trump campaign as a senior adviser in July 2016 and was named campaign manager the following month, after Manafort resigned over his ties to Russia.

Conway had previously worked for the Ted Cruz campaign, which was heavily funded by Cambridge Analytica founder Robert Mercer, and she joined the Trump team along with the billionaire hedge fund manager, his data company and one of its board members, Steve Bannon.

Cambridge Analytica has fallen under investigation by Mueller for its role in micro-targeting social media users with Russian propaganda intended to aid Trump and hurt Hillary Clinton.

Conway has not been accused of wrongdoing in the Russia probe, and there's no indication so far that she has been questioned by Mueller's investigators.