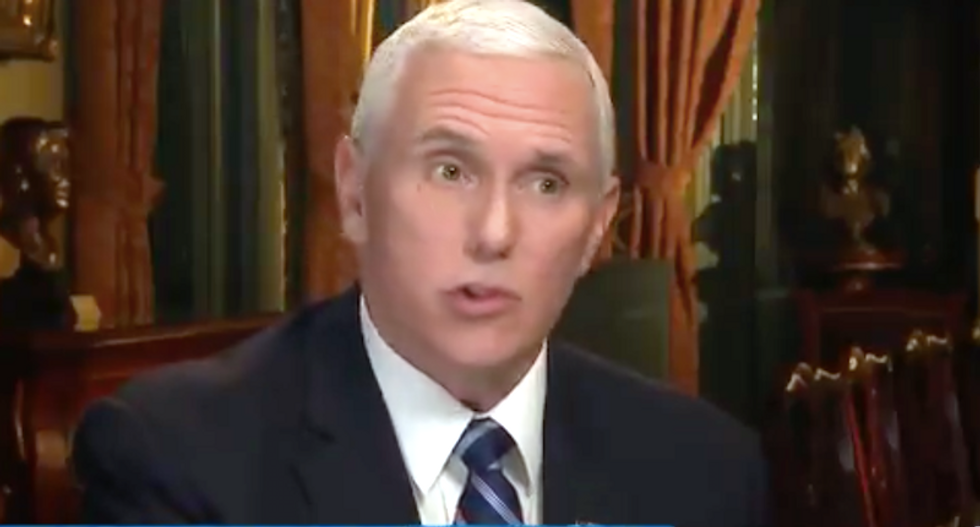 The vice president spoke Tuesday to NBC's "Today" show, where reporter Hallie Jackson pressed him on the president's threats to impose emergency orders to secure funding for the controversial measure he promised would be paid for by Mexico.

"What I expect the president to do tonight is to explain to the American people that we have a humanitarian and security crisis at the border," Pence said.

The vice president claimed 60,000 people were attempting to enter the U.S. illegally each month.

"That's more than 2,000 a day," Pence said. "But what's unique about it, Hallie, and why the Washington Post has even called it a bona fide emergency, is because the vast majority of those people now are families and unaccompanied children and it's simply overwhelming the ability of our Customs and Border Patrol to address it."

"The president will take those facts to the American people," he added. "He'll talk about the 17,000 people with criminal records that are apprehended at our border, he'll explain the need not just to build a wall, which he's determined to do, but also to provide our Border Patrol with additional resources, humanitarian and medical assistance, technology, but the Democrats need to come to the table and start negotiating."

Jackson asked why the administration was so focused on the southern border, when six times more people tried to enter the U.S. from Canada, and Pence suggested there was a greater security threat from potential terrorists entering through Mexico.

"I was saying, it is from all ports of entry," Pence said. "Last year alone on the southern border, 3,000 special-interest aliens were apprehended trying to come into our country. Those are individuals whose travel patterns or backgrounds represent the need for additional screening and represent a potential security threat to the United States of America. There are two different categories, and they often get conflated."