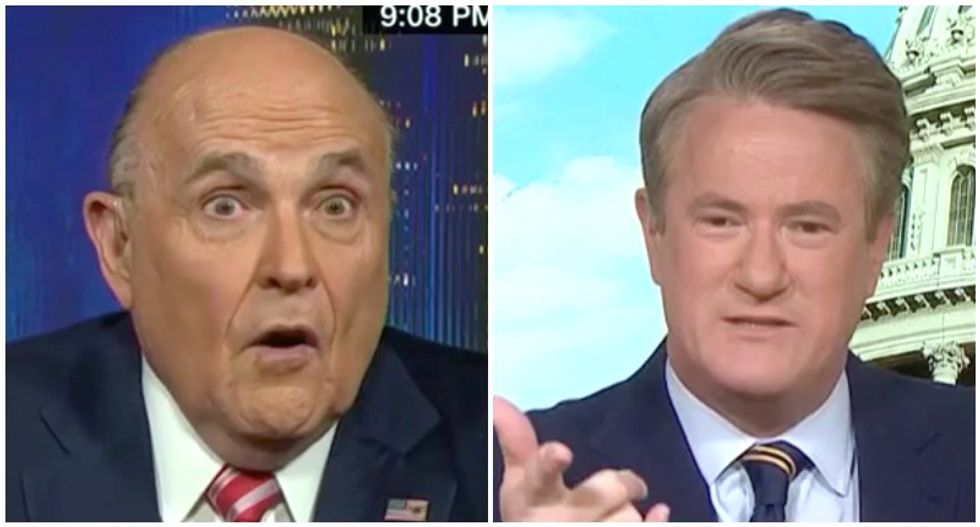 The "Morning Joe" host was gobsmacked by Giuliani's appearance Wednesday night on CNN, where the former New York City mayor shifted the goalposts again in the investigation of Trump campaign ties to Russia.

But the president's attorney changed his tune, telling CNN anchor Chris Cuomo that he had never said there was no collusion between the campaign and Russia, and instead insisted there had been no evidence that Trump himself had engaged in collusion.

"His eyes bulged after he said that," Scarborough said. "My eyes just bulged, as well."

Scarborough said the admission was stunning.