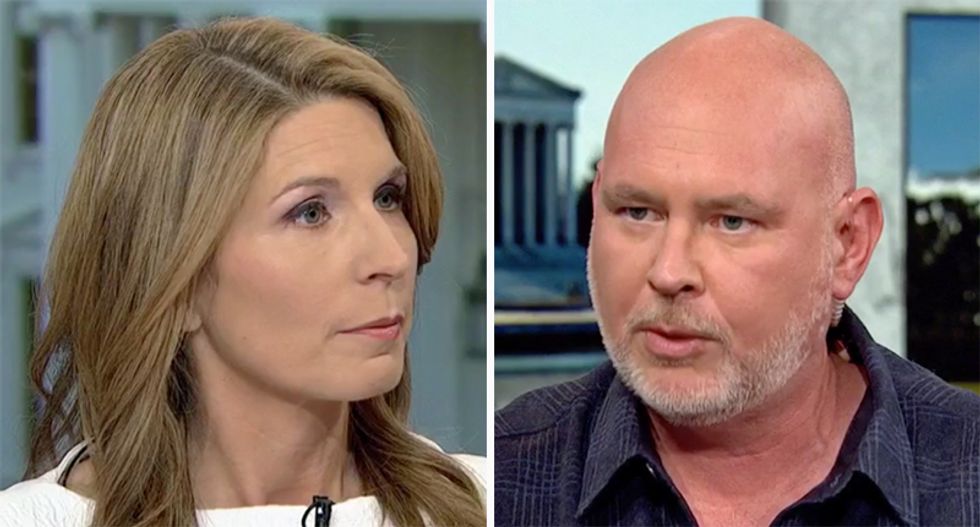 Schmidt is a frequent guest on her program and the two worked together on John McCain's 2008 presidential campaign. The campaign was documented in the book Game Change by Mark Halperin and John Heilemann.

In the Emmy Award-winning film adaptation of the book, Schmidt was portrayed by Woody Harrelson and Wallace was played by Sarah Paulson.

Wallace began by detailing the intense backlash against billionaire Schultz's exploratory bid to run for president, which most analysts believe would help reelect Trump. In fact, the president himself has bragged about goading Schultz into the race to bolster his reelection chances.

"It may take a political newcomer to be surprised by the level of vitriol in politics," Wallace noted, after playing a clip of Schultz's complaints. "That was Howard Schultz, whose net worth is roughly equivalent to the GDP of a small country."

Wallace read a number of negative headlines Schultz has received for his campaign.

"That's a sampling of the political grenades being lobbed at Schultz -- and by and large it's the left holding the pins," Wallace explained. "These Democrats want to keep the coffee king from siphoning anti-Trump votes and perhaps unintentionally helping reelect Trump."

Wallace introduced Schmidt as a friend, and asked him about the "vitriol" he has received over the last 72 hours.

"It's a tough business out there," Schmidt admitted, as he displayed a cast on his right arm.

"Nobody is voting," Schmidt argued. "The election is two years away."

At the end of her show, during her handoff to Chuck Todd, Wallace slipped in one last jab at her friend.

"If you want to attack Steve, I will turn the floor over to you," she joked.