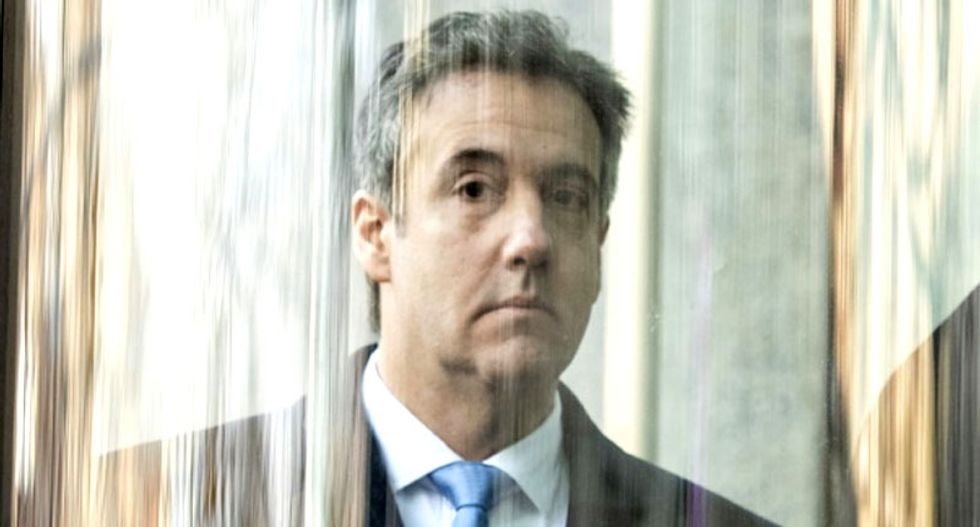 Michael Cohen paid the chief information officer for Jerry Falwell Jr.’s evangelical university to game online polls for Donald Trump -- and to promote himself as a sex symbol.

The former Trump Organization attorney, who has implicated the president in a federal election law violation, paid tech businessman John Gauger up to $13,000 for his work on the 2016 campaign, reported the Wall Street Journal.

Gauger, who owns RedFinch Solutions LLC and oversees information technology at Liberty University, told the newspaper he Cohen gave him a blue Walmart bag full of cash, along with a boxing glove the attorney claimed had been worn by a Brazilian mixed-martial arts fighter.

Cohen, however, requested the full $50,000 promised to RedFinch from Trump and his company, according to court documents.

Gauger told the Journal that he tried unsuccessfully to rig two online polls for Trump in 2015, and Cohen also asked him to help promote himself.

The attorney asked the tech officer to create a Twitter account called @WomenForCohen, which a woman friend of Gauger ran starting in May 2016, to praise Cohen's looks and character.

Trump and Cohen developed connections to Liberty University and its president in 2012, when Falwell invited the reality TV star to give a speech, and his then-attorney came along.

Gauger was introduced to Cohen soon after, and he helped the attorney set up an Instagram account.

Cohen asked him over the next several years to help boost positive online content for himself and friends, and he promised to connect RedFinch with executives at Trump's hotels and golf courses, but never did.