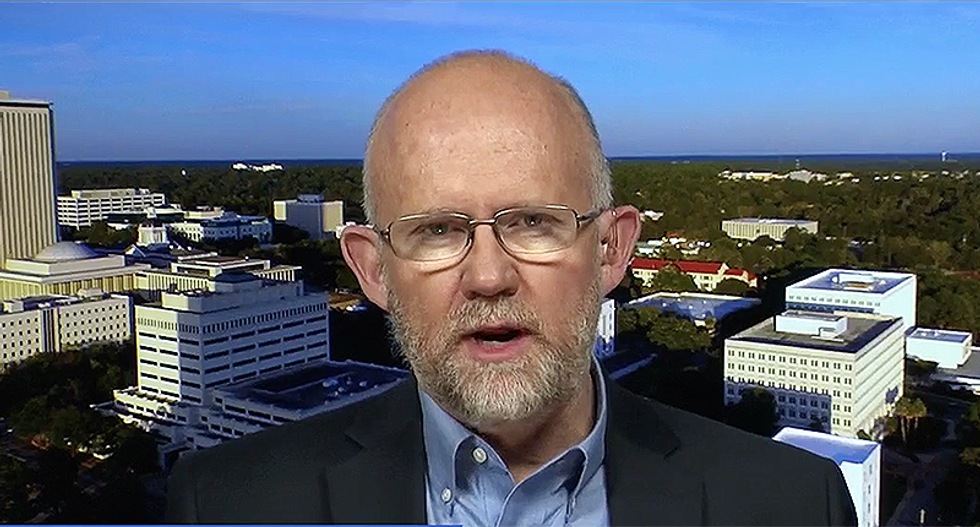 GOP consultant, and frequent critic of Donald Trump, Rick Wilson raked the president over the coals on Saturday morning, telling an MSNBC panel that Trump is using Twitter to fire up his base and bait them  into ignoring the "rising tide of trouble" he's in.

Following a morning of Trump frantically lashing out on Twitter at the FBI, the media and Democrats, Wilson  smacked the president for "rage tweeting," awith Wilson also pointing at White House spokesperson Sarah Sanders and legal adviser Rudy Giuliani.

"I think in the response from my old boss, Rudy and White House and Sarah Sanders and rage tweeting this morning, there's no denial embedded in their response at all," Wilson observed, noting a New York Times report on Trump being investigated for being a possible Kremlin agent.

"They are not denying this" he continued. "They are saying we will attack Jim Comey and [Andrew] McCabe and the FBI. All of this is Donald Trump's consciousness of guilt screaming out of these responses -- they are hoping they can throw more bait out there to the Trump base and they will stick with him."

"Proof of his collusion with Russia, the proof of the conspiracy of his campaign to cooperate with Russia, his long-standing business ties with Russia and post-election behavior toward Russia has raised not just a few red flags but a whole sea of red flags," he accused.

"It seems these folks have their message together because there's not a real defense here," Wilson continued. "Donald Trump said these things to [NBC's] Lester Holt, said these things in the Oval Office to the Russians."

"God knows what he said to Putin behind closed doors," he concluded before adding, "This is a rising tide of trouble to this president."