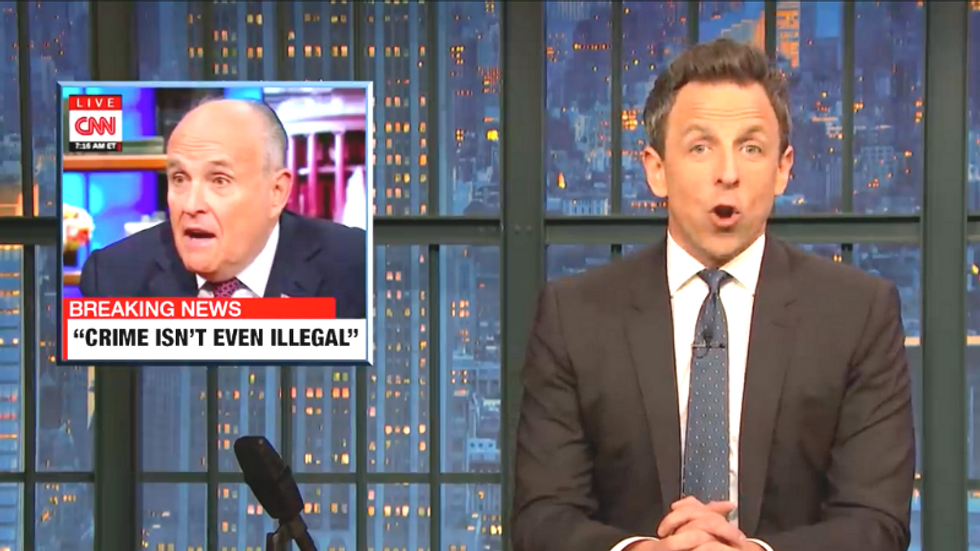 During his confirmation hearing, President Donald Trump's pick to lead the Justice Department, William Barr said offering pardons could potentially be a crime.

"Attorney General nominees said that it would be a crime for the president to offer a pardon in exchange for a promise not to incriminate him," Meyers said.

Not soon after Giuliani appeared on CNN and oddly claimed that he never said there was no collusion.

“And then Rudy Giuliani went on CNN to say ‘crime isn’t even illegal,'" Meyers joked.