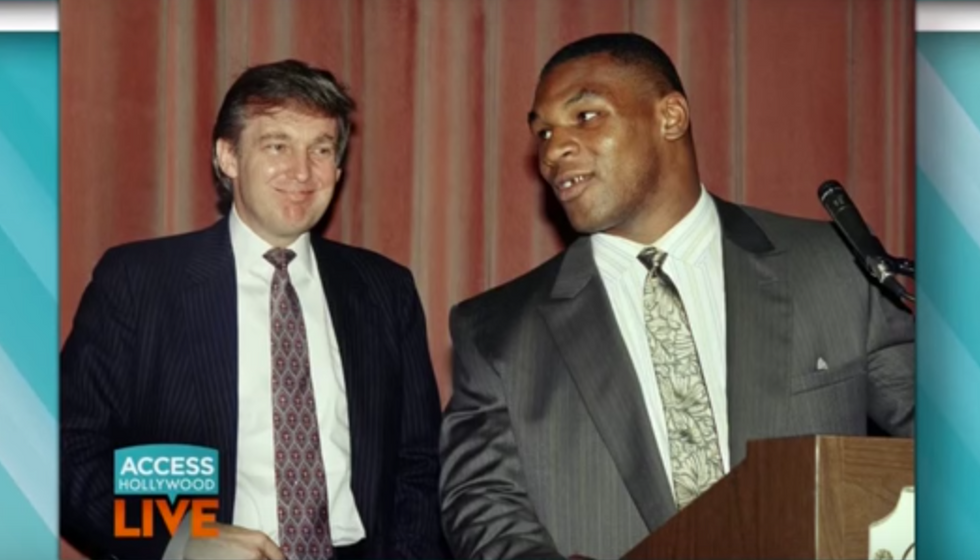 President Donald Trump hates working from a plan, and instead prefers to improvise based on advice he learned from boxer Mike Tyson.

One adviser recalls trying to convince the president to consider a strategic plan, but instead he launched into a story about the former world heavyweight champion, reported Axios.

"Everybody has a plan until they get punched in the mouth," Trump told the adviser, quoting his friend Tyson.

Numerous reports have suggested the White House lacks a plan for handling the Democratic House majority and the sprawling investigations involving Trump, his family and his associates -- but the adviser said the president wasn't frustrated by that.

"He gets frustrated when there is a plan," the adviser told Axios. "He’s not a guy who likes a plan. ... There’s an animosity towards planning, and there’s a desire to pick fights that have nothing to do with us."

Trump likes to quote Tyson to show why detailed strategies can be pointless, according to the adviser and another senior administration official.

"We can plan all this stuff out but it’ll change," the president said, according to the adviser. "So let’s just not go through the effort."

However, the adviser said Trump was wrong -- "this stuff ... absolutely is predictable" -- but a third senior official insisted the president did like to know plans were in place, even if he did not personally like discussing them.